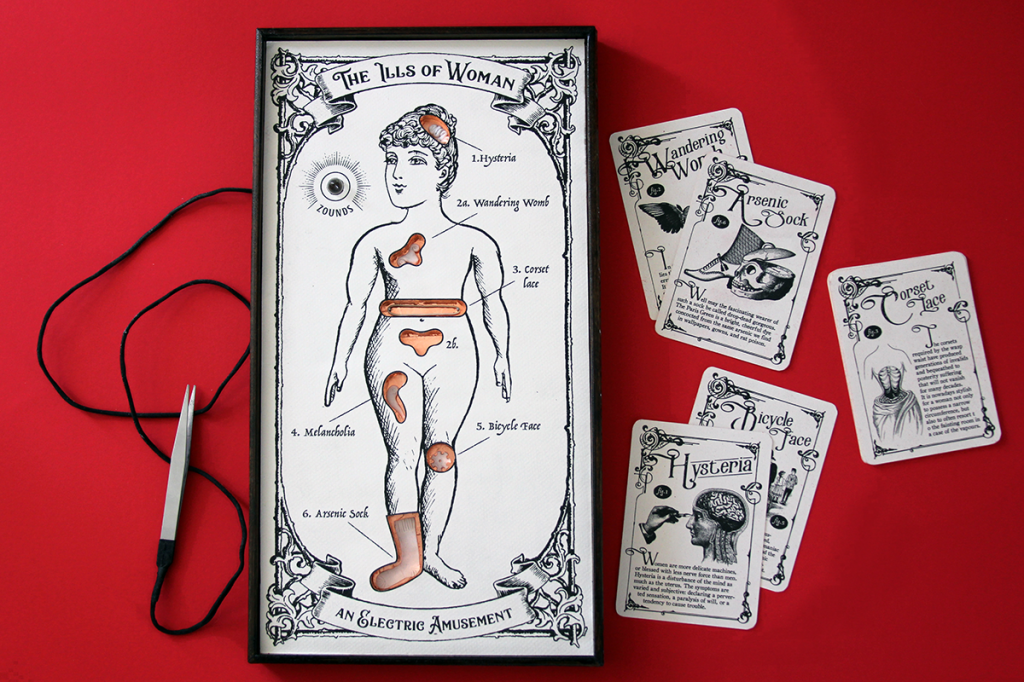 The Ills of Woman is a faux Victorian-era board game imagined as a precursor of Hasbro’s Operation. It was co-designed by Molleindustria and Tenley Schmida who came up with the idea after reading about the “wandering womb”, an ancient belief that the uterus could freely move around the body of a woman causing all sorts of afflictions. Some variations of the wandering womb persisted until modernity, whereas other discredited illnesses referenced in the game have been well within the realm of official medicine until the 20th century.
More than simply making fun of obsolete science we wanted to create a game about how psychiatry, medicine, and even fashion was (and still can be) used to justify the oppression of women and marginalize “sinful” or deviant individuals. There’s plenty of  literature on how conditions like hysteria or melancholia were used to pathologize a wide range of behaviors in women. 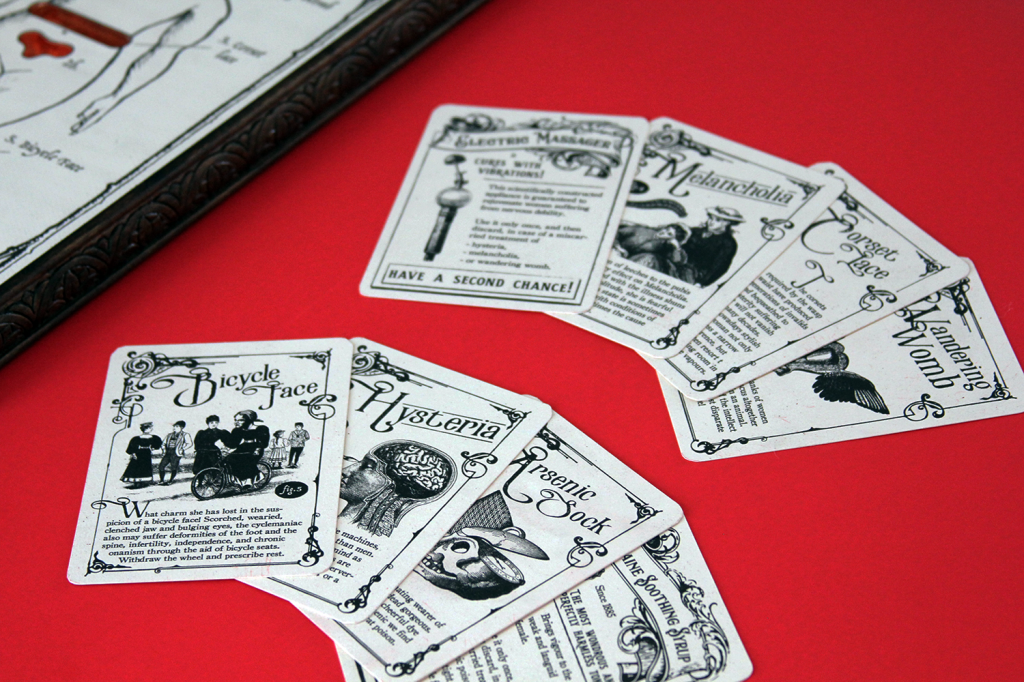 Victorian board games were permeated by the morality of the time, and often conceived as educational tools, so it’s not a stretch to envision a proto-Operation game along the lines of The Checkered Game of Life, using the then novel electric technology as a gimmick.

The cards’ descriptions heavily draw from British and American writings from the 19th century, making the game somewhat accurate in its wrongness. Still, The Ills of Woman builds upon a caricature of a bigot and oppressive Victorian society. On closer examination, most of the conditions in the game were subject to fierce debates, defying simplistic narratives. While corsets were certainly popular until the 1920s, the practice of tight lacing may have not been as common or extreme as we think, its condemnation may have spun from moral prudishness rather than genuine health concerns; the treatment of Melancholy, which roughly maps to today’s depression, included many common sense practices, and the use of leeches is mostly documented within insane asylums; the notion that the vibrator was invented to cure hysteria may be more of a contemporary fantasy than a historically uncontested fact; even the infamous bicycle face, occasionally resurfacing as a feminist meme, existed only within conservative circles and was quickly replaced by the now common-sense idea of cycling as a healthy and liberatory practice – even for women. 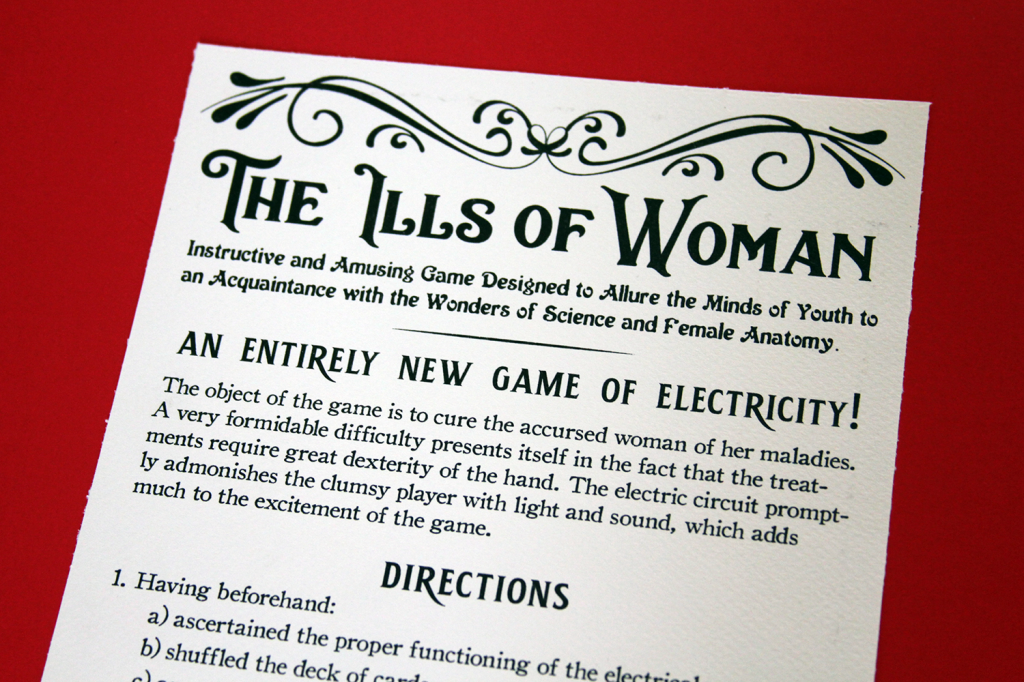 The Ills of Woman is currently a unique (and functional) piece and it will be shown at the next likelike show. If you want to include it in an exhibition or festival, feel free to contact us.