Last week I had the pleasure to participate to Weird Reality and VIA, respectively a conference and an arts+music festival organized by some good friends and colleagues.

Weird Reality was a symposium for the VR/AR curious and the VR/AR skeptic which managed to incorporate, in the words of a participant, “an incredible wonderful diversity of gender, ethnicity, age, experience & trust in tech”.

Graduate students shared the stage with Virtual Reality pioneers like Brenda Laurel; creative industry professionals mingled with artists-provocateurs like Jeremy Bailey critical theorists like Wendy Chun, who delivered a fantastic takedown of the “VR as empathy machine” narrative. Hopefully videos of the talks will be posted online in the next months here.

The intersection between the conference and the music festival was the VR salon, a collection of arty, offbeat works where I got to show my new project, A Short History of The Gaze. It’s my first, and probably last, Virtual Reality “experience” and I was surprised by the very positive reactions. I’m still figuring out the best way to put it out in the world given its susceptibility to spoilers, and the general inaccessibility of headsets and gamer-grade computers.

Here’s some great VR works to keep an eye on: 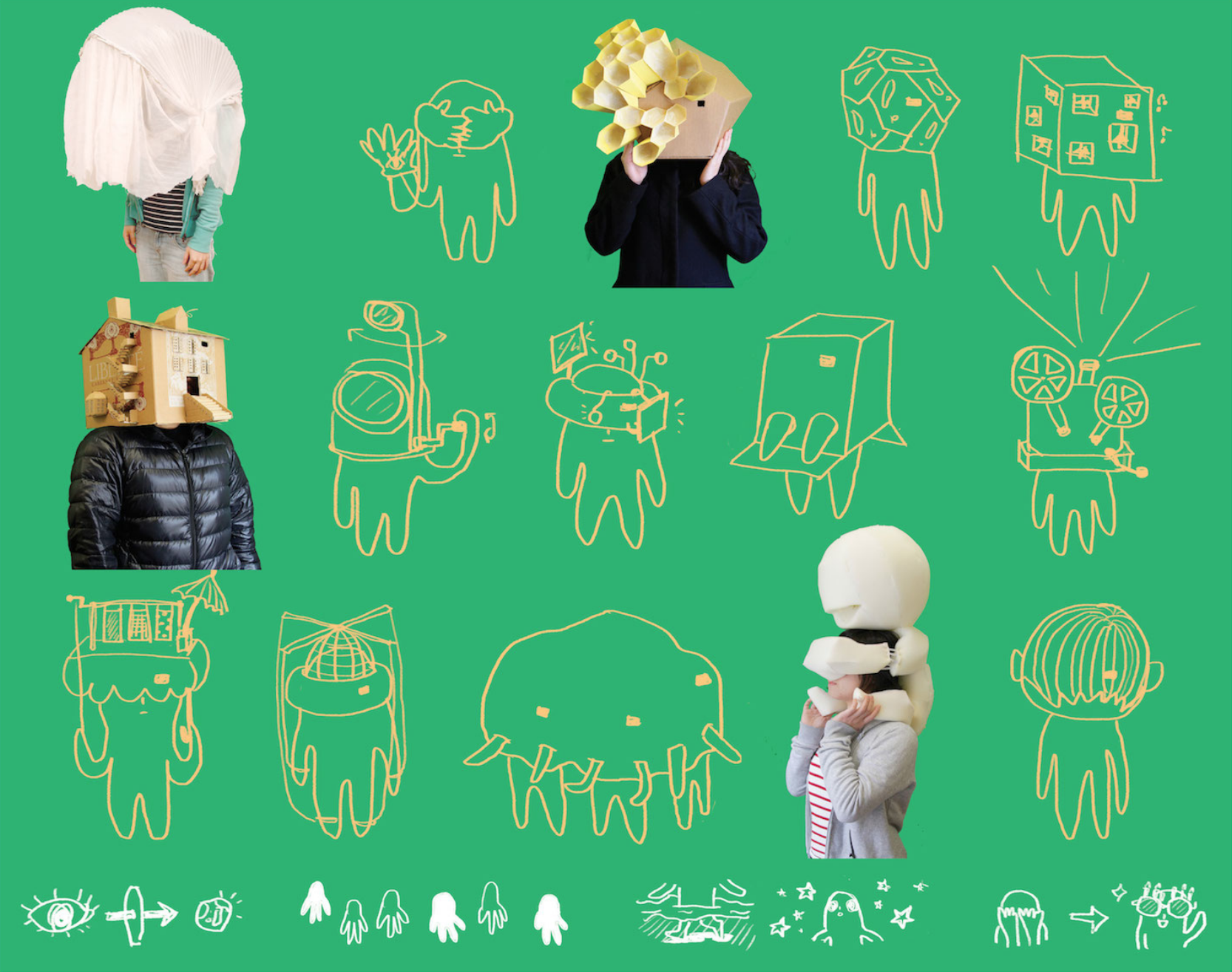 In her Daily Life VR, she turns mundane actions like eating, pooping, sleeping into imaginative immersive and social experiences.

Claire Henshker is mostly known for her immersive recreation of Stanley Kubrick’s The Shining through the process of photogrammetry.

At the conference she presented her upcoming project: Zen Zone, a sprawling imaginary ecosystem conceived and art-directed a 6 years old kid named Zen over the span of several months. The process of collecting and assembling all the outlandish creatures and the handmade assets is a great story in itself; it even involved mo-capping the kid mimiking the movements of his imaginary creatures. I understand it would be experienceable as 360 movie and as a real interactive scenario, with an Attenborough-esque voice over by Zen himself. 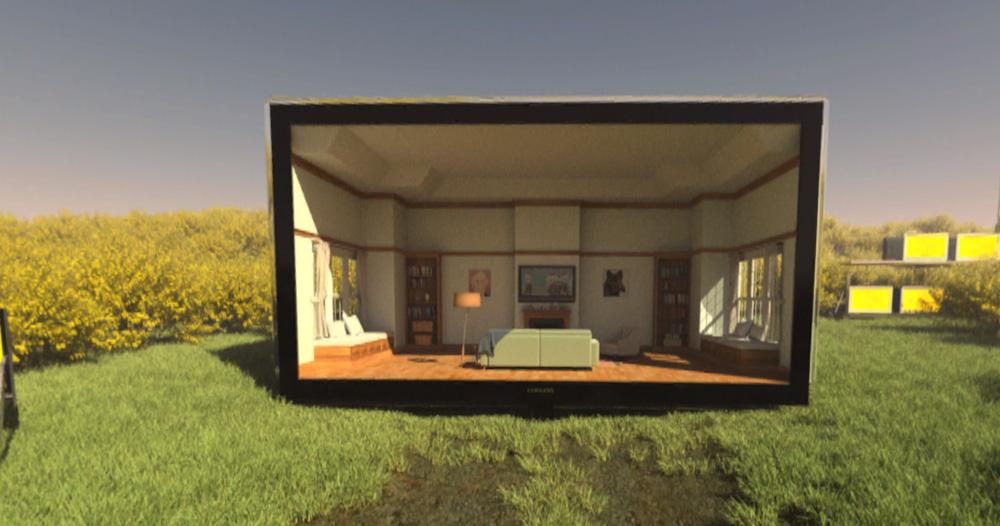 The Institute for New Feeling is an art clinic/collective committed to the research of “new ways of feeling, and ways of feeling new”. Their project include humorous but credible treatments, therapies, and wellness products. At the salon they displayed a work in progress of Ditherer, an immersive store for HTC Vive that prefigures the future of ethical shopping.
Picking up virtual products from the shelves of a warehouse transports you to a vivid dream-like world representing the narrative of the product. In the currently available scene, grabbing a virtual avocado takes you to Tom Selleck’s controversial ranch where you are bombarded by trivia and bits of avocado history, eventually ending up in a perfect recreation of GW Bush’s living room to enjoy their “famous” guacamole, in a kind of farm-to-table reverie. It’s actually even weirder than it sounds and I’m really looking forward to see more products. 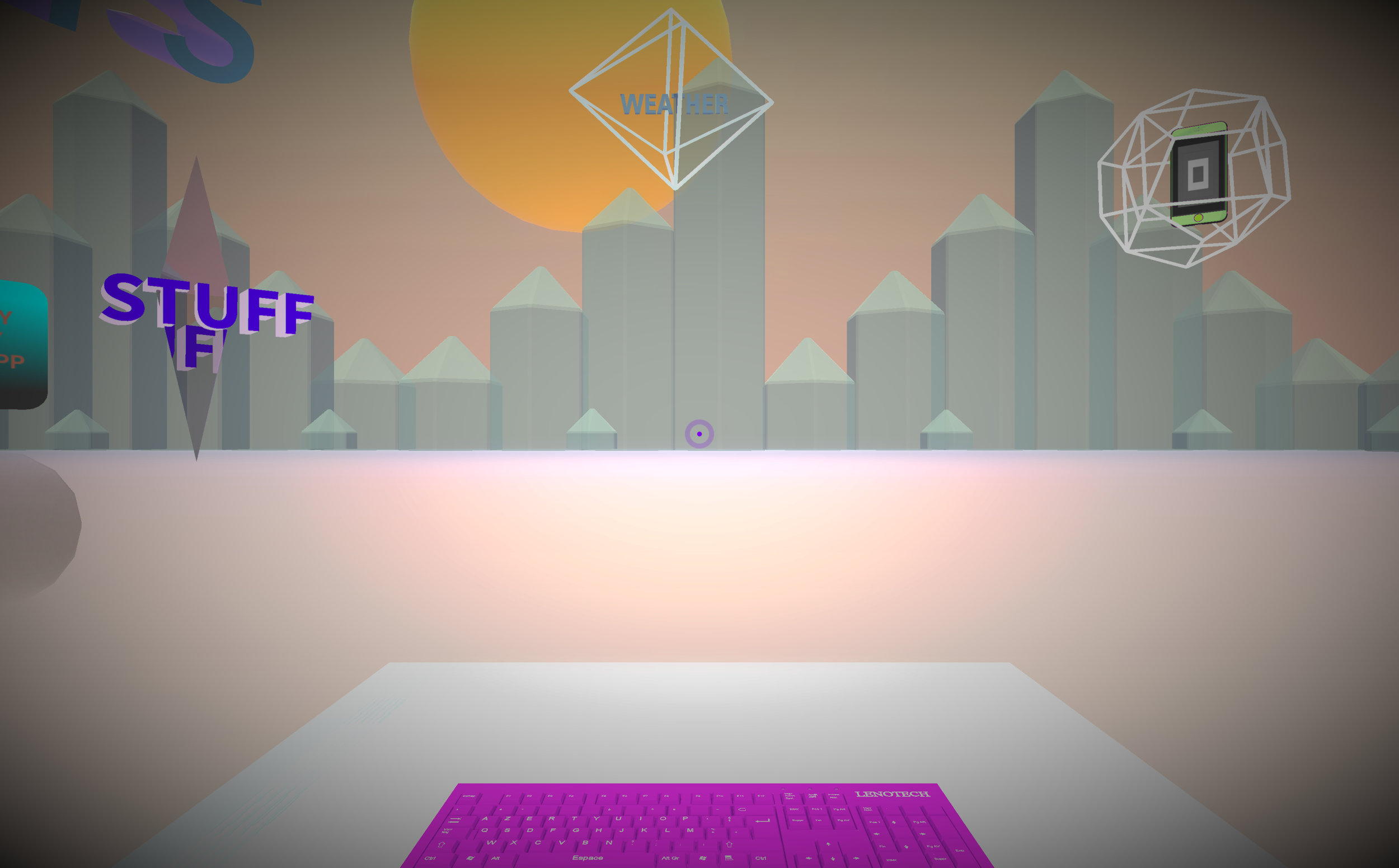 Sarah Rothberg brought a work in progress of Oops I put on your headset!, a vapor-wavey app that simulates the experience of accessing the artist’s computer. Somewhat reminiscent of the hyper-millenial software memoir Cibele or the gone but not forgotten Noby Noby Boy app. The old cyberpunk idea of Virtual Reality as operating system/browser gets an wry and much more imaginative reboot. 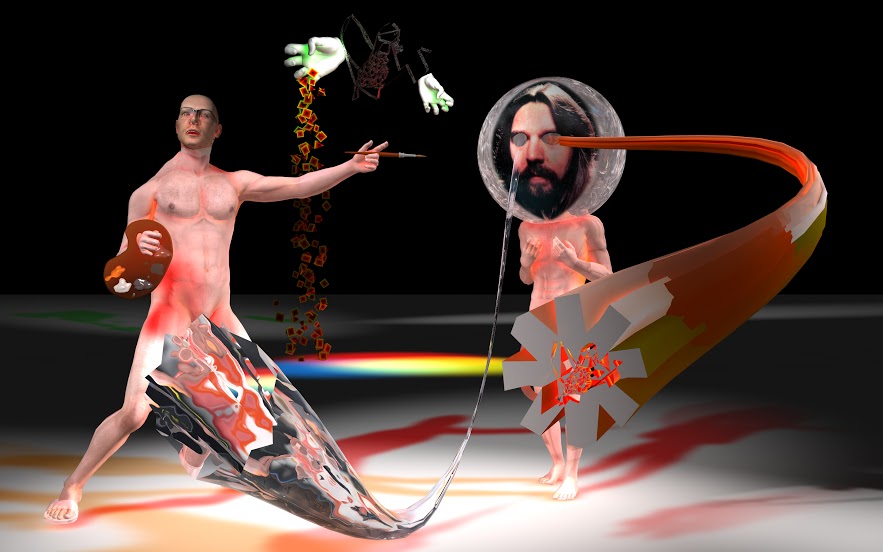 DiMoDA: The Digital Museum of Digital Art, is certainly not the first online/downloadable exhibition but it’s probably the most invested in the conversation about the distribution and commercialization of natively digital art (or more specifically, of a type of walkable art installations made in Unity).
Their (anti)institutional framework includes various degenerations of a virtual architecture from which you can access the artists’ worlds, exhibitions IRL, and collectors’ editions of the works: usb drives embedded in slick 3D printed objects.
The controls of the VR version were unfortunately barf-worthy, but the environments were quite interesting and unlike anything I’ve seen in the gaming world. I see a possible convergence between the “walking simulator” type of indie game, and this increasingly more recognized art genre. Let’s join forces and kill these boring photorealistic 3D environments once for all.