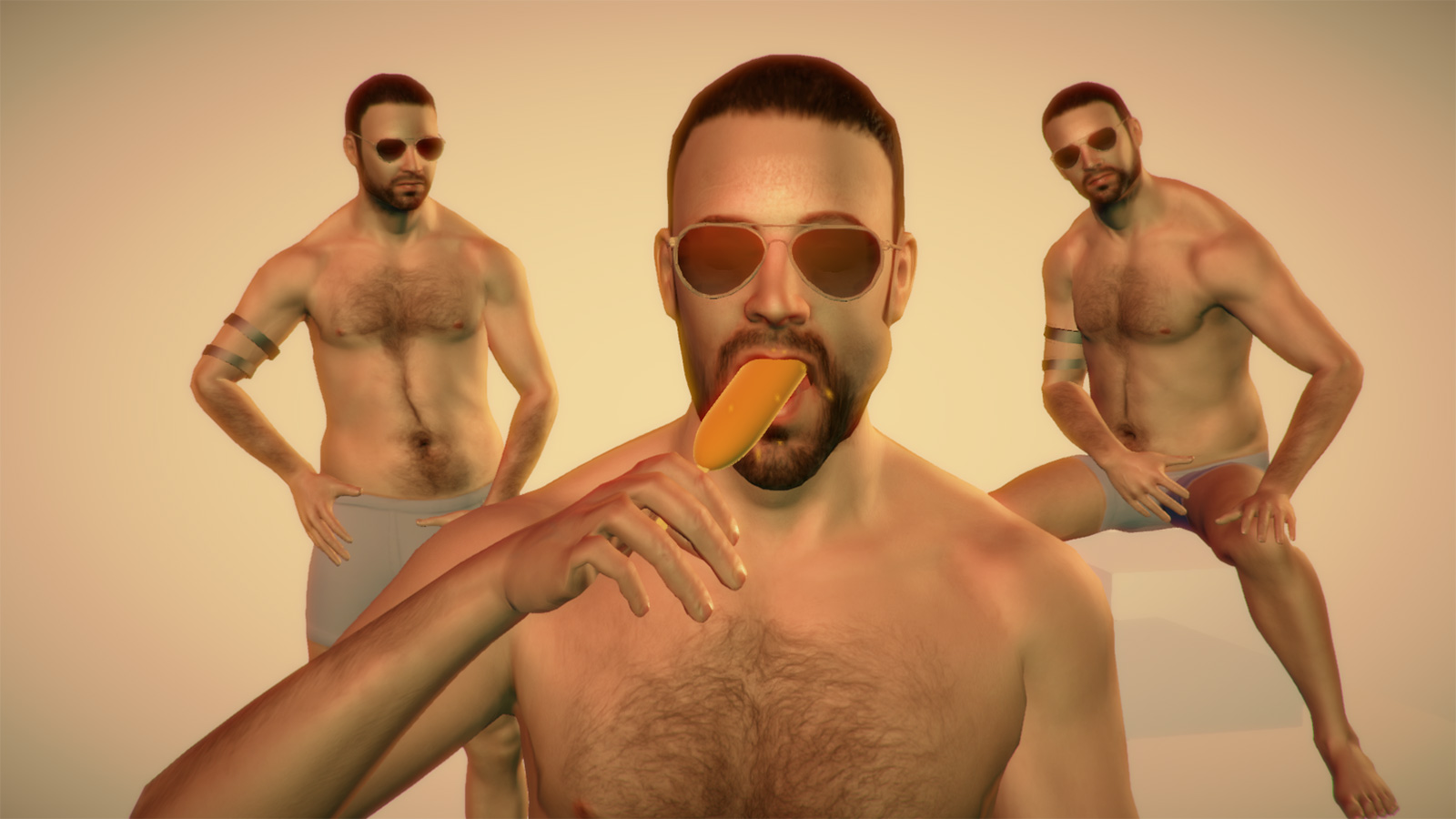 2015 was the year gamers were finally relieved from the burden of play.

The explosion of streamers on Twitch and YouTube and the rising popularity of eSports legitimized “passive” forms of engagement with the game form. Interactivity – as in mashing buttons, making choices, organizing artfully constructed disorder – has always been overrated anyway: there is so much going on in the head of a pattern-seeking neo-couch potato or in the social dynamics around a game event.

Since the real world is going to shit there’s mounting interest in Virtual Reality. Alas, in absence of appropriate interfaces, the Second Coming of head-mounted media amounts to a collection of 19th century-style panoramas, disembodied theme park rides, neck-operated tourism and other semi-static gazeables.

The democratization of game development evokes Indiepocalyptic nightmares: if 37% of all purchased titles on Steam have never been played, there may be an overproduction of entertainment, or better, a crisis in the attention economy.
Perhaps buying in public is the new playing. Perhaps watching Let’s play videos is a more efficient way to go trough the to-play list.

In the more underground circuits, the tyranny of the gameplay has been defeated. Traditional notions of goals, agency, winning vs losing are secondary to production of open-ended worlds with unique atmospheres and styles. The derogatory term “Walking Simulator” has been adopted by a new wave of gamemakers that are leveraging Unity’s bias toward First Person Shooters to create contemplative, mysterious spaces where guns and swords are simply not needed.

In 2015 Independent game developers have been more inclined to further blur the game/app boundary as demonstrated by the critically acclaimed playthings Panoramical and Plug and Play, the procedurally generated alien art of Strangethink, the avant-garde educational titles Earth: A Primer, Metamorphabet and Nicky Case’s Explorable Explanations. 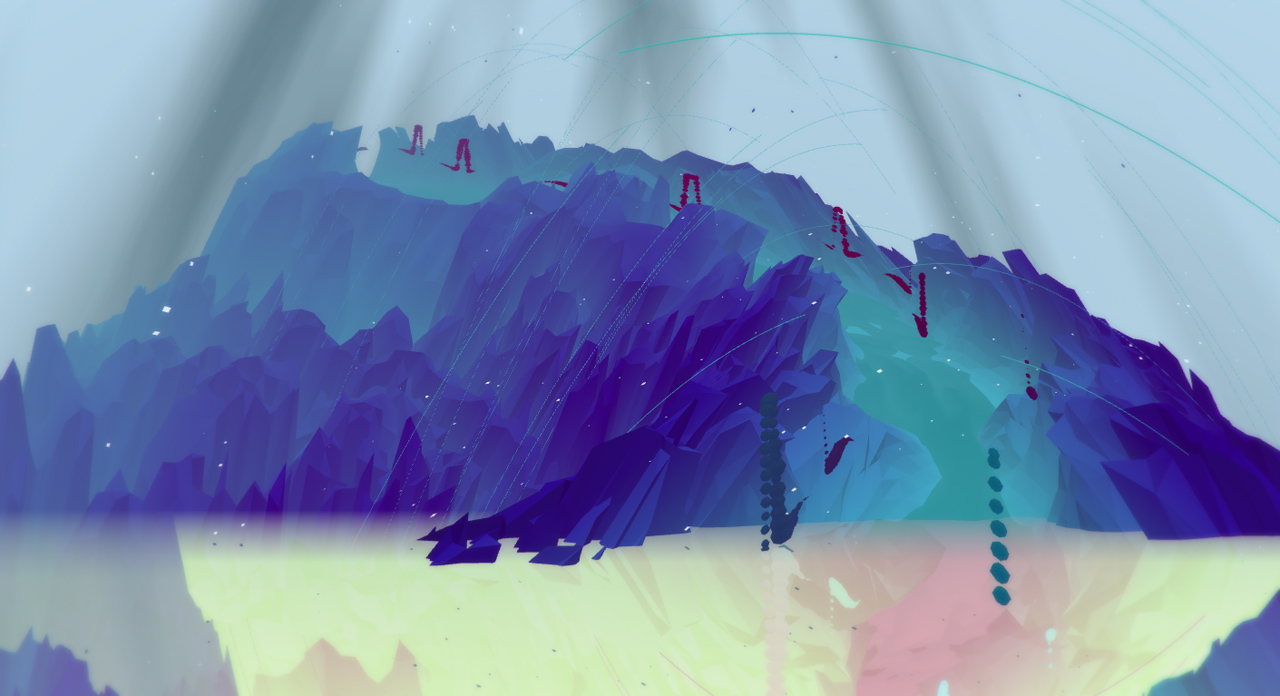 Indies are more aware of the performative aspect of game making. According to Robert Yang “The most important thing about a game is that it exists, because that means you can think about it.”. A game, played or unplayed, is just a meme in the infosphere, an unit of culture stretching across media, fighting against the oblivion imposed by post-Twitter social filters.

Moreover, the very idea of existence in the game world is flexible. In order to compete in a saturated market, independent developers have to build their own artisanal hype machines; they have to give the impression that a game exists months or years before its hypothetical release.
It’s telling that the first independent game featured on a late night tv show is a game that doesn’t exist yet. The upcoming No Man’s Sky is the most appropriate 2015 Game of The Year.
Here too, discourse and social practice take control: talking about what games could or should be, participating in a crowdfounding campaign, sharing excitement and work-in-progress screenshots, may just be more satisfying than playing the actual games.

Non exhaustive list, in no particular order, and for the sake of polemics. 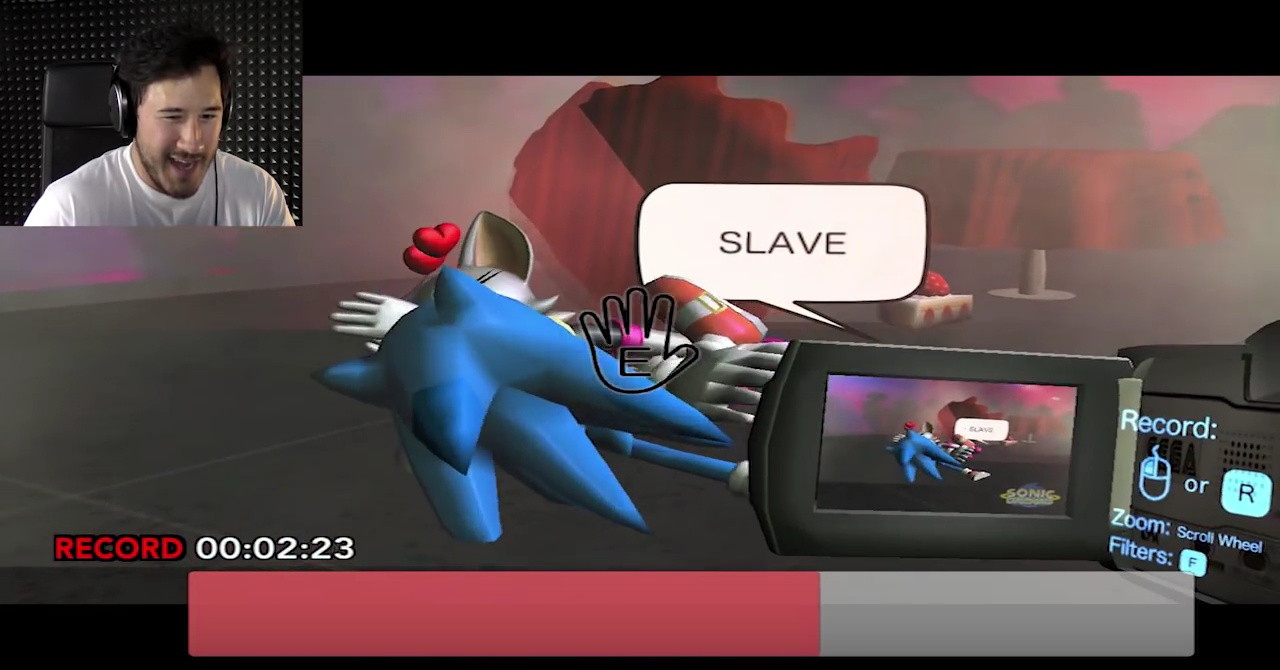 Arkane Kids, with their Room of 1000 Snakes, and Bubsy 3D: Bubsy Visits the James Turrell Retrospective already changed the history of video games – in a subliminal kind of way, at the very least.
But this series of faux artifacts from the Dreamcast era is a technical and conceptual triumph: the Sonic Game To End All Sonic Games.
Sonic Dreams Collection, with its deviantartsy kinkiness and built-in Vine-maker is the ultimate meme-game. It’s an instrument for the production of bafflement that no YouTube streamer can refuse to play. In the pulverized spectacle of game streaming, bewildered reactions are the currency, and games like this are goldmines of WTFs.

Old New Media folks would call it database storytelling. Old gamers would see it as harbinger of a Full Motion Video revival. And yet Her Story, while being a technologically appropriate period piece, resonates with the very 2015 spike of interest in complex criminal cases: from the podcasts Serial and the Message to the documentary miniseries Making a Murderer and The Jinx.
Her Story, with its investigate-by-keyword-search gameplay, may be the most accessible game ever made: good for both solitary and group play, challenging without being punishing. A great holiday present for your non-gaming relatives. 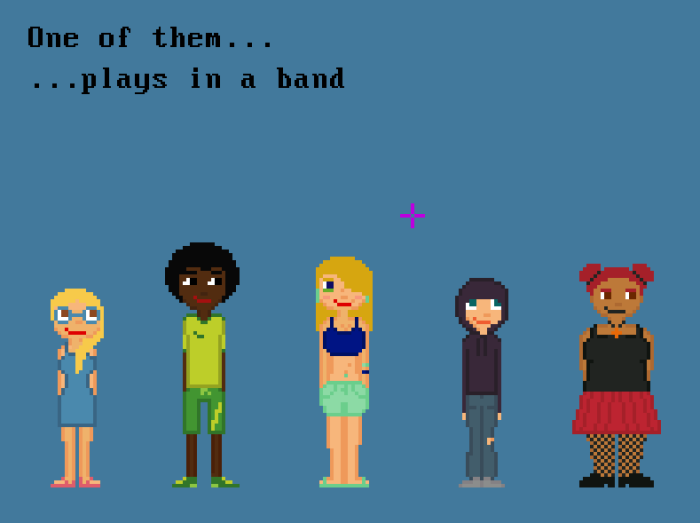 When I played Pierrec’s tiny game I was so struck that I offered to port it to HTML5. It’s a character study that doubles as a (very spoilable) PSA: simple, effective and strangely replayable. If newsgames have a future, it is in this type of experimental shortform work.

2015 was the year of Robert Yang. It has been hard to keep up with the indefatigable developer, modder, critic, activist and educator. His series of short gay games are at the forefront of a sexual liberation wave that has been sweeping the independent gaming scene for quite a while.
A couple of years ago I lamented that “we created technologies that make the simulation of a grenade launcher way easier than a caress”. Robert seems to address precisely this technological deficit by creating sophisticated vignettes to solve problems that have not been solved before: the buttocks deformations in the spanking game Hurt Me Plenty, the suggestive cheek in Succulent, the steamy water bouncing on the shoulders of Rinse and Repeat‘s hunk, the complex physics of the ballsack in Cobra Club. Beneath the gif-worthy, giggle-worthy surface, all these games have a very focused conceptual direction in which personal, formal, and political concerns converge. The dick-pic-cum-grindr simulator Cobra Club may be the best of the series so far or, if you prefer, the one that most effectively demands to exist in our thoughts. 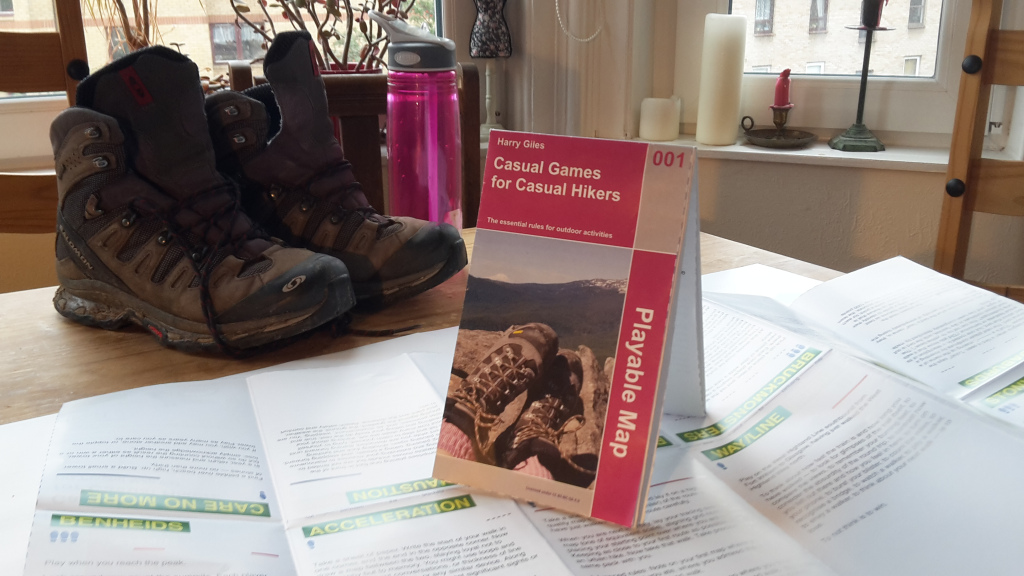 Outdoor games have always been associated with abstract, manicured playing fields or, more recently, with urban spaces. The mess we like to call nature comes with built-in challenges and obstacles: camping as survivalist roleplay, conquering a mountain as archetypal Hero’s Journey, rock climbing as embodied puzzle…
For the more casual nature-gamers, Harry Giles proposes a series of conceptual exercises to be performed while hiking, in company or in solitude. Casual Games for Casual Hikers is a brochure of “Stories to tell, rules for kicking pebbles, ways to name mountains, maps to draw when you get home”. Slightly more playable than Yoko Ono’s event scores from Grapefruit, equally whimsy.

Game luminary Frank Lantz chastised critics for their inability to talk intelligently about The Beginner’s Guide. The game presents itself as a collection of prototypes made by a fictional character named Coda published with an in-game commentary by The Stanley Parable’s co-creator Davey Wreden, acting as himself. While traversing these bizarre worlds we learn about the tense relationship between Coda and Davey, which becomes a mean to explore a variety of issues in creative work: the legibility and playability of game art, creative blocks, social and self-imposed pressures, and so on.
While such metafictional devices have been used at least since Don Quixote, in the gaming world they are still relatively unexplored and have led to outlandish speculations.
Authenticity concerns aside, by existing as a self-aware, self-critical, work about the relationship between game makers and their audience, the Beginner’s Guide seems designed to defy any possible criticism. It tells you how to play it, what to think about it, and even how you should feel when you play it. Of course, like the titular character in the Stanley Parable, you can choose to disobey.
It’s a dense and clever work that you play in a breeze and sticks in your head for a long time.

A Series of Gunshots 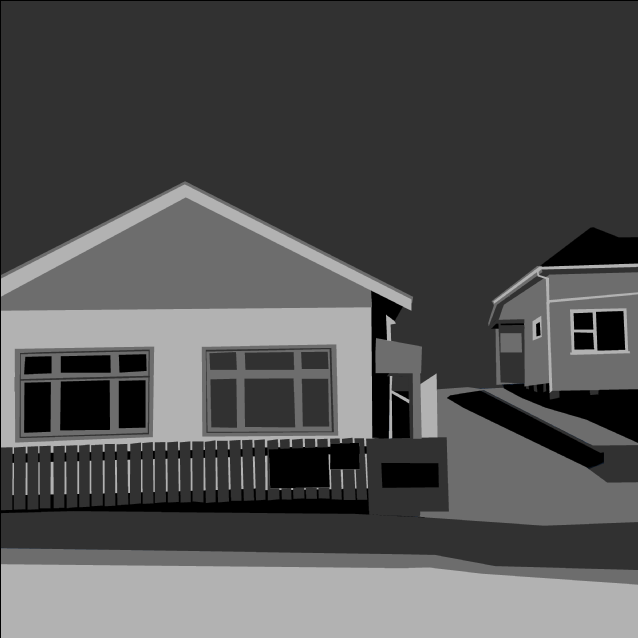 Pippin Bar is known for sublime joke-games such as low-fi dick fight, or the Marina Abramovic line-waiting simulation The Artist is Present.
A Series of Gunshots is a bit of a departure in tone and style. A minimalist gem that may be the most poignant playable commentary on gun violence to date.

If I had to pick my favorite “walking simulator” among the many twee, stylish releases I’ve played this year, I would choose Little Party. Mostly because under the twee, stylish surface it hides a certain melancholy and a rare subtlety in its environmental storytelling. Playing as a middle aged woman, you find yourself awkwardly hanging around in a cabin during an art-party organized by your teenage daughter. The only way to interact with other characters (and move the elliptical narrative along) is by expressing motherly apprehension, because something has to go wrong. 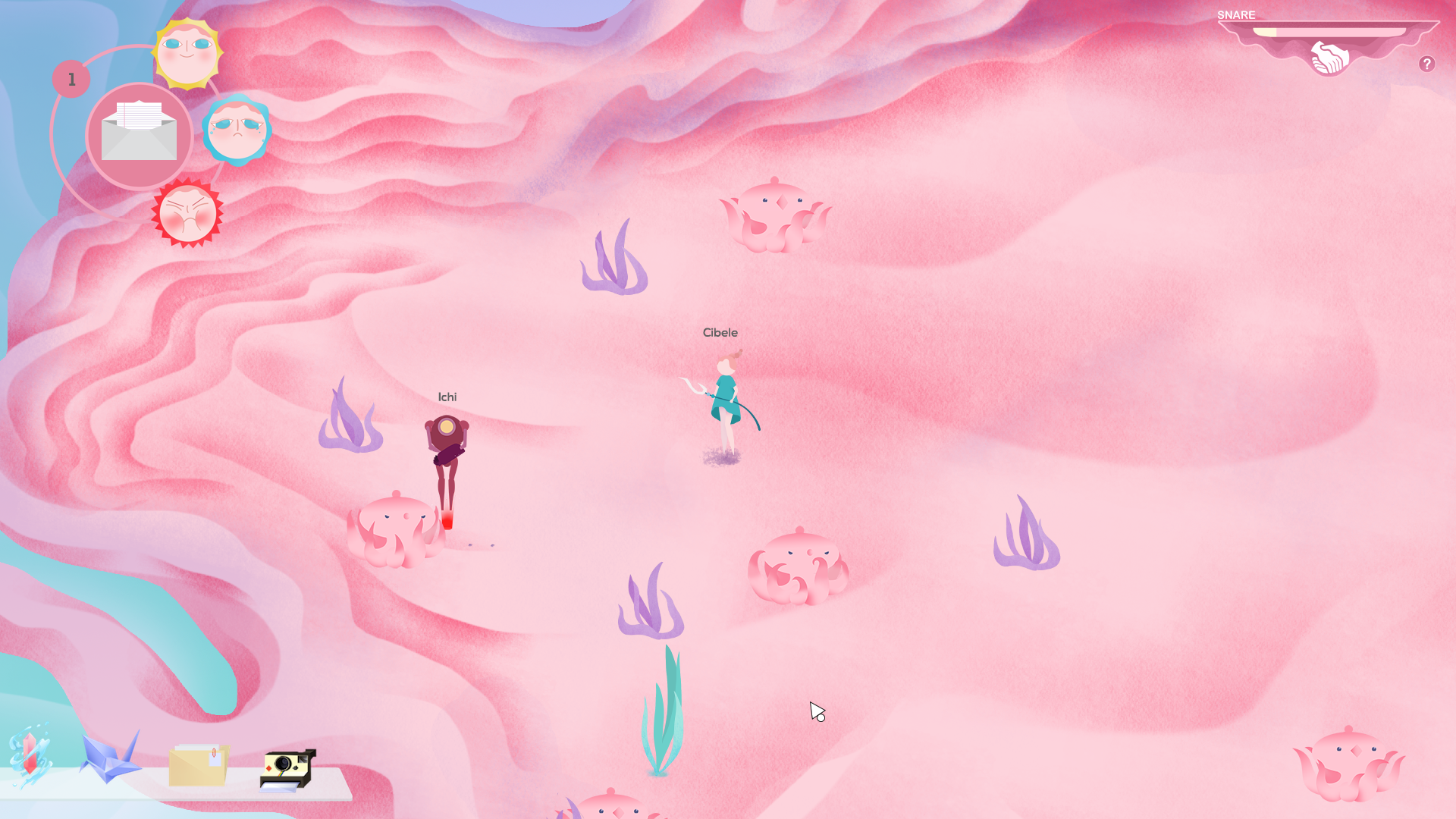 Cibele pretty much plays itself, being ostensibly a fictionalized reenactment of play sessions experienced by the author Nina Freeman a few years ago. From its mock operating system interface, you can snoop on Nina’s empowering/self-deprecating selfies and teenage poetry before launching the game-within-a-game Valtameri.
There, you semi-automatically grind on apathetic monsters while a semi-automatic, apathetic online romance develops between Nina (channeling her slightly younger self) and a more experienced player.
Despite the lack of agency, the game format is employed effectively to portray what’s around a game: the cross-fire of instant messages, the in-game social status bleeding off-game, the identity performance on social media with the related projections and deceptions, the inevitable eruption of bodily desires.
Millennials may find Cibele relateable and therefore wholly laudable. Non-digital natives like me may find it perplexing and cringeworthy. If anything, Cibele made me feel lucky for having spent my adolescence offline. 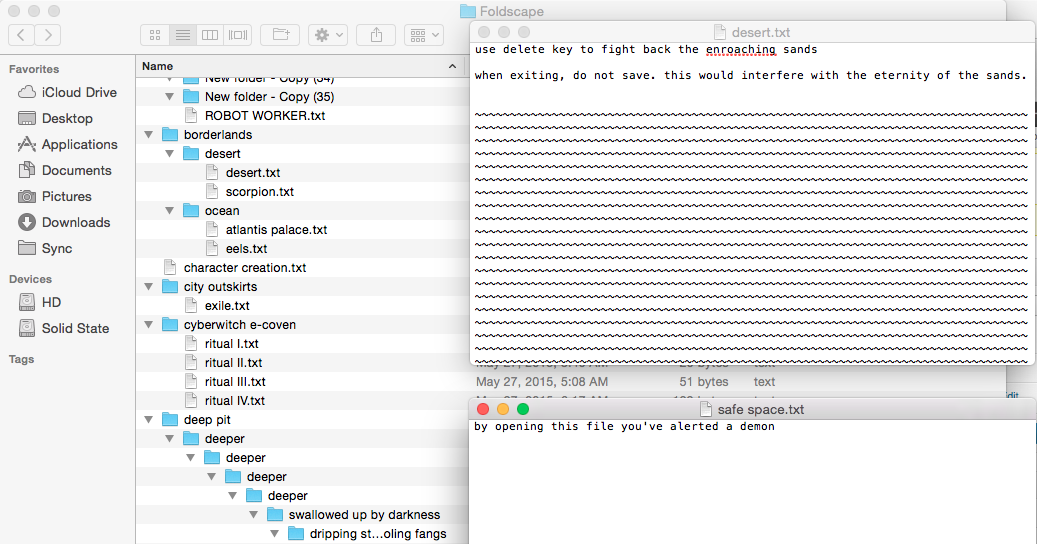 Porpentine’s file-based poem is an understated treat. Her ability to generate entire universes in tweet-length verses congealed in a neatly .zipped package in a time when apps and paternalistic operating systems are making us forget about file systems. Foldscape is a game too, provided that you have the required hardware to run it in your head.

Of course 2015 also gave us many great games to be played in a more traditional sense. Among my favorites: the hardcore-kawaii puzzle Snakebird, the claymation bad trip Hylics (a true gateway drug to JRPGs for people who hate manga), and the First True Italian Game Wheels of Aurelia.