2016 has been declared *annus horribilis* for months, and there is a good chance it will remembered as the year when everything started going to shit in the Western World.
Despite being recently swept by the proto-fascist backlash known as Gamergate, the world of videogames has yet to respond to the new turn. The big-budget game industry, with its glorification of dystopia, cold war nostalgia, and fragile masculinity product lines, will probably adapt and produce even more baroque hyperstitions to serve new and old powers.

Outside of the games-for-gamers niche we’ve seen a lot of developments this year. We’ve seen the second coming of Virtual Reality met by the indifference of the masses – a scenario that may actually encourage more artistic and experimental use of the technology. We’ve seen the Pokemon GO fad, which may serve as a demonstration of the power of games to reclaim and transform public spaces. We’ve seen some first-wave indie developers upping the ante without compromising their visions: the hauntingly beautiful INSIDE, the sprawling madness of The Witness, the existentialist infinitude of No Man’s Sky, are multi-year team projects made possible by the success of previous releases (hence the importance of supporting your favorite game makers).

Here are some of my highlights from 2016, with the usual emphasis on politically-aware/ underrated/experimental works: 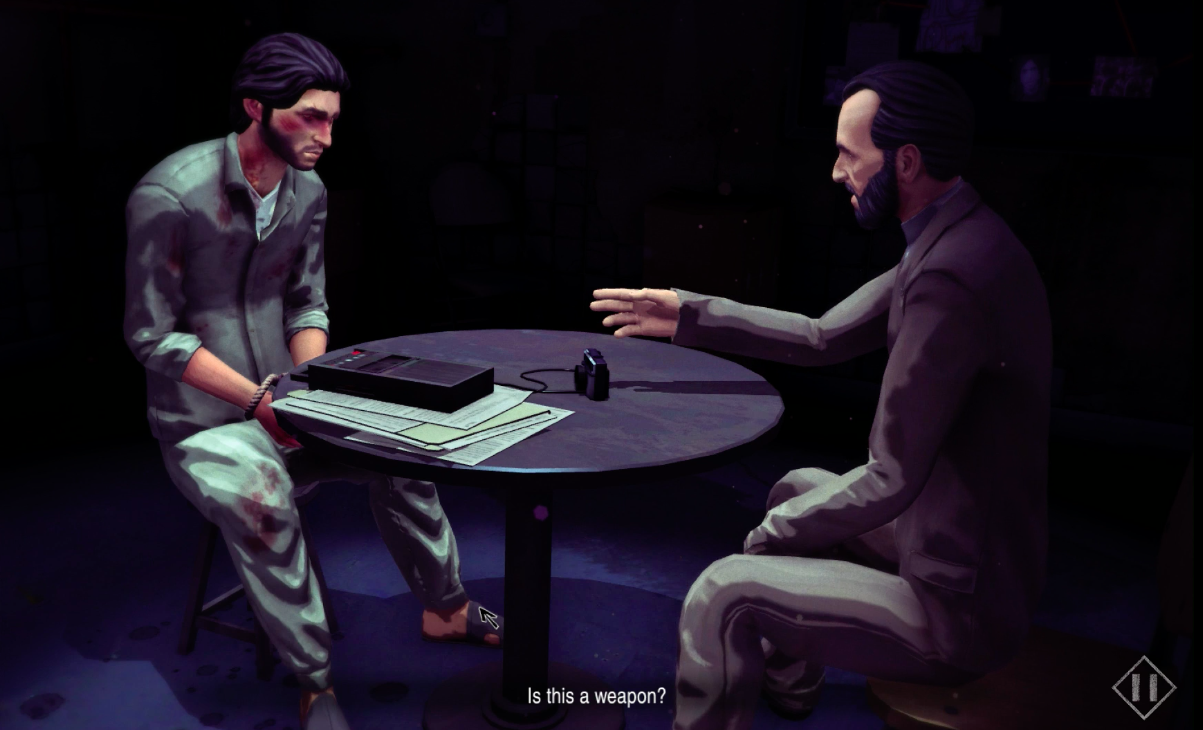 1979 Revolution: Black Friday is a documentaristic game about the Iranian revolution. The gameplay is reminiscent of titles like The Walking Dead or Heavy Rain: a mix of cutscenes, linear interactions, quick time events, and multiple choices that occasionally produce major outcomes.
The game takes the player to the events preceding the Islamic Revolution with very little context or exposition, letting them gradually unpack the complexity of the conflict. They have to face the impossible moral dilemmas of a revolution doomed to fail, negotiating the protagonist’s background and desires. Everything in the ~3 hours game is tuned to maximize emotional impact and meaningful play. 1979 Revolution is bleak and uncomfortable but also masterfully produced and researched. An engrossing introduction to one of the key events of our times. 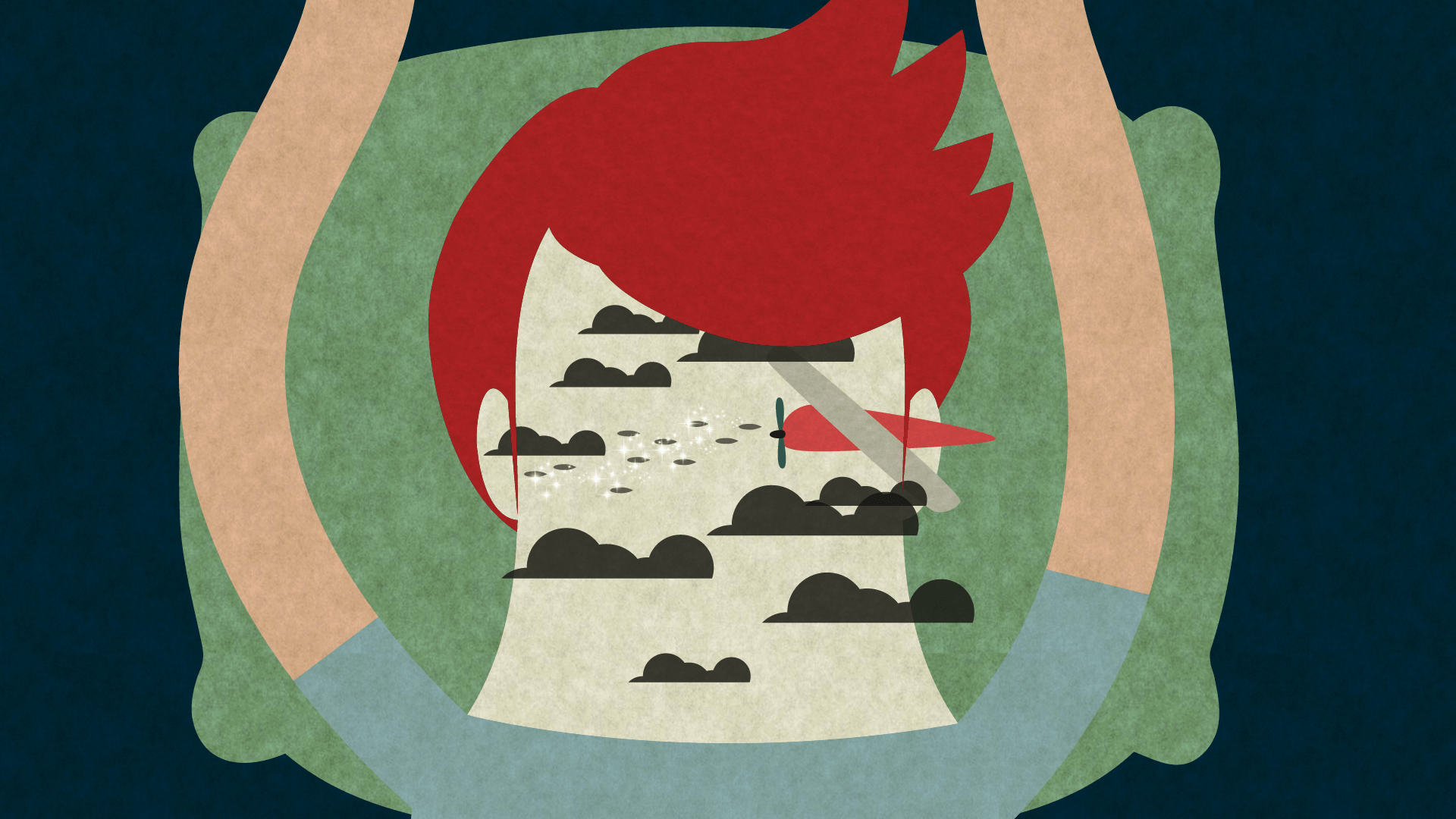 The Resistance against the Nazi-fascist regime toward the end of World War II is a defining moment for the Italian people. Relatively limited geographically but deeply rooted in civil society, the Resistance prefigured a democracy yet to come, provided a model for a regime change supported from below, and still gives us a way to grapple with our tragic past. We, the Italians, were the bad guys, but the good guys were among us, and fought when it was time to fight.
Venti Mesi (Twenty Months) is a collection of short interactive stories based on actual events happened in Milan in the months before the Liberation. They are all from the point of view of common people dealing with the unraveling of their nation, and all adopting brilliant visual and narrative strategies. 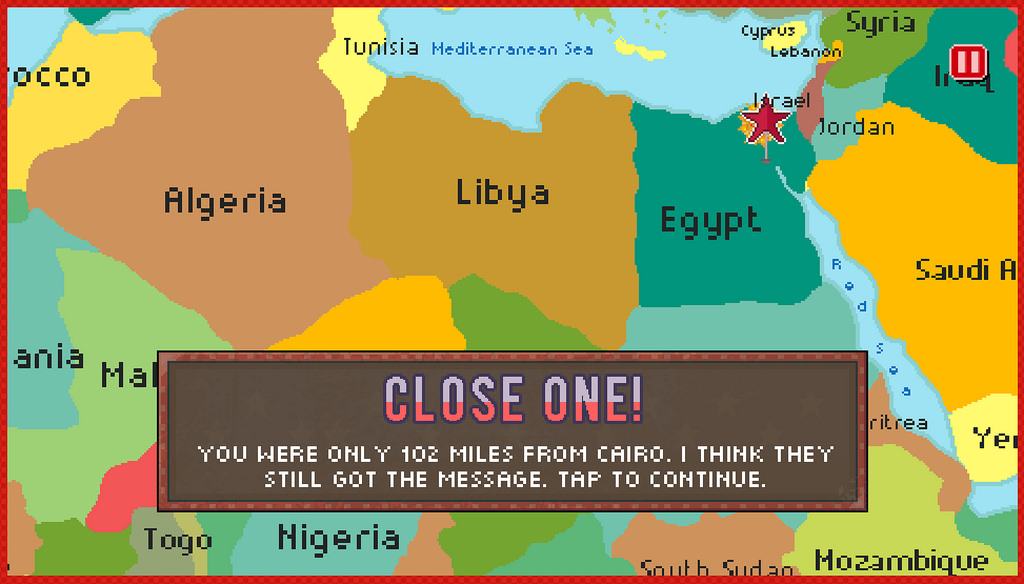 The rise of Trump is forcing all satirists to reconsider their approach. The next president of the United States is already a caricature of himself, and has a talent for occupying the media space with his outrageous and grotesque posturing. By receiving mostly bad press, he effectively erased the feeble and confused message of the establishment Democrats. That’s why most of the newsgames series GOP Arcade, with its one-liner games like “pussy grabber”, felt short and inadequate for this political phase (admittedly the stated goal of the site was simply to make the “election slightly more enjoyable”).
However, Bomb the Right Place is pure genius. It’s a kind of a geography puzzle and a riff on the old joke that Americans learn about new countries after they bomb them. Bi-partisanly challenging. 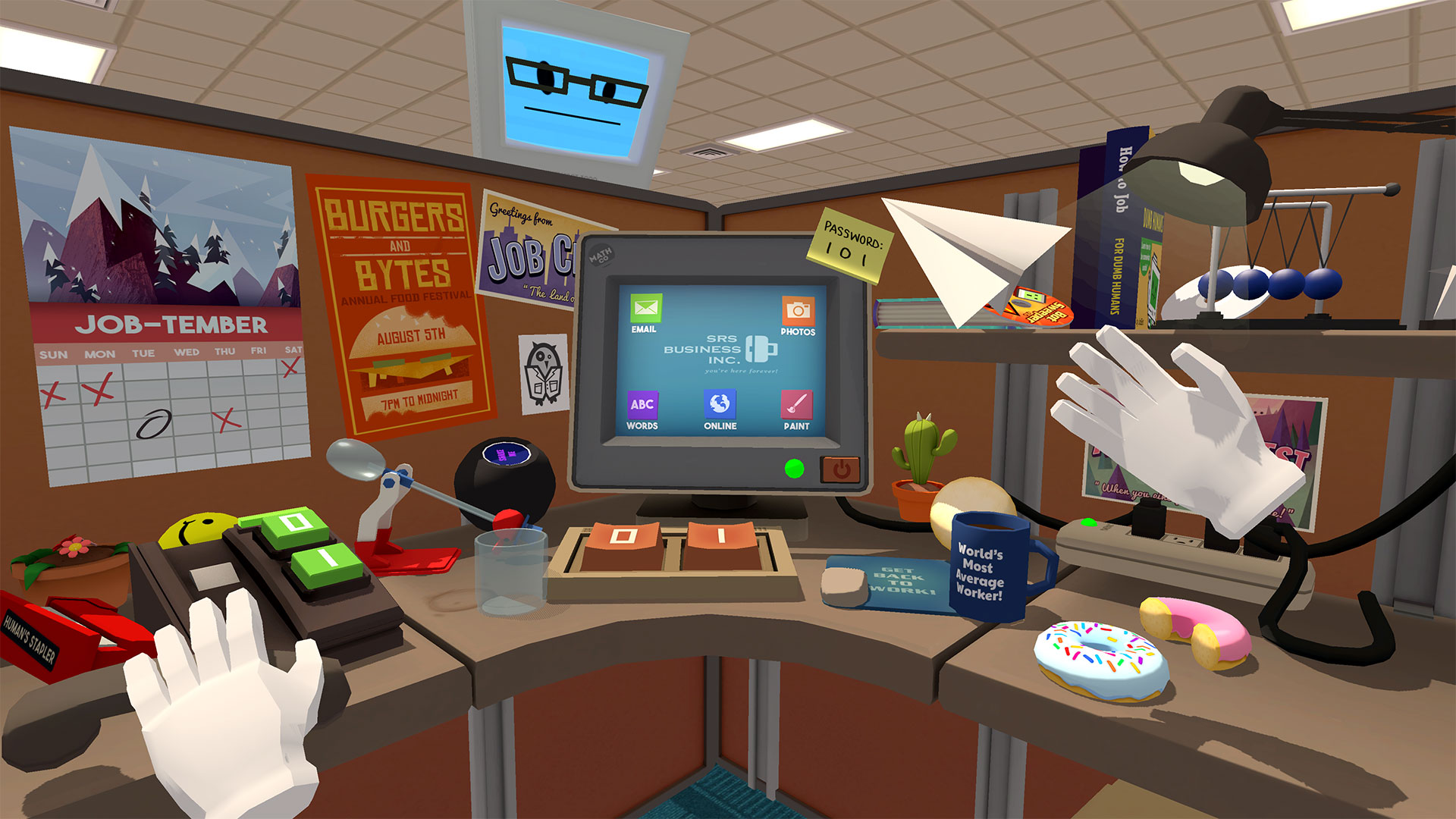 There is something inherently contradictory in room-scale Virtual Reality (or “VR with hands”). The first wave of VR promised mind altering experiences, non-human perceptions, post-verbal languages and more; it underdelivered in part due to the lack of good mimetic interfaces, in part to the sickening disconnection between camera and body movements. Systems like the HTC Vive or the Oculus Touch solved some of these issues at the price of remapping the space of action back to our miserable human scale and our miserable human limbs.
Job Simulator makes the most out of this contradiction, by re-proposing familiar scenarios distorted by the limited affordances of the technology.
The Vive launch title presents itself as an artifact from the future, a kind of museum exhibit allowing people to play as workers of the late 21st Century: a white collar in a cubicle, a convenience clerk so on. The player is asked to push cartoonish buttons or juggling objects around, leaving room for some mild workplace sabotage. The robotic guide provides a satirical, slightly off description of the job.
Job Simulator is a clever joke on Virtual Reality escapism and indirectly poses some questions about futurism, bullshit jobs and the post-work society we should be moving toward. But above everything it’s a very satisfying lightweight puzzle and an experience unlike anything I’ve tried before. Exaggerated Reality is more fun than Virtual Reality. 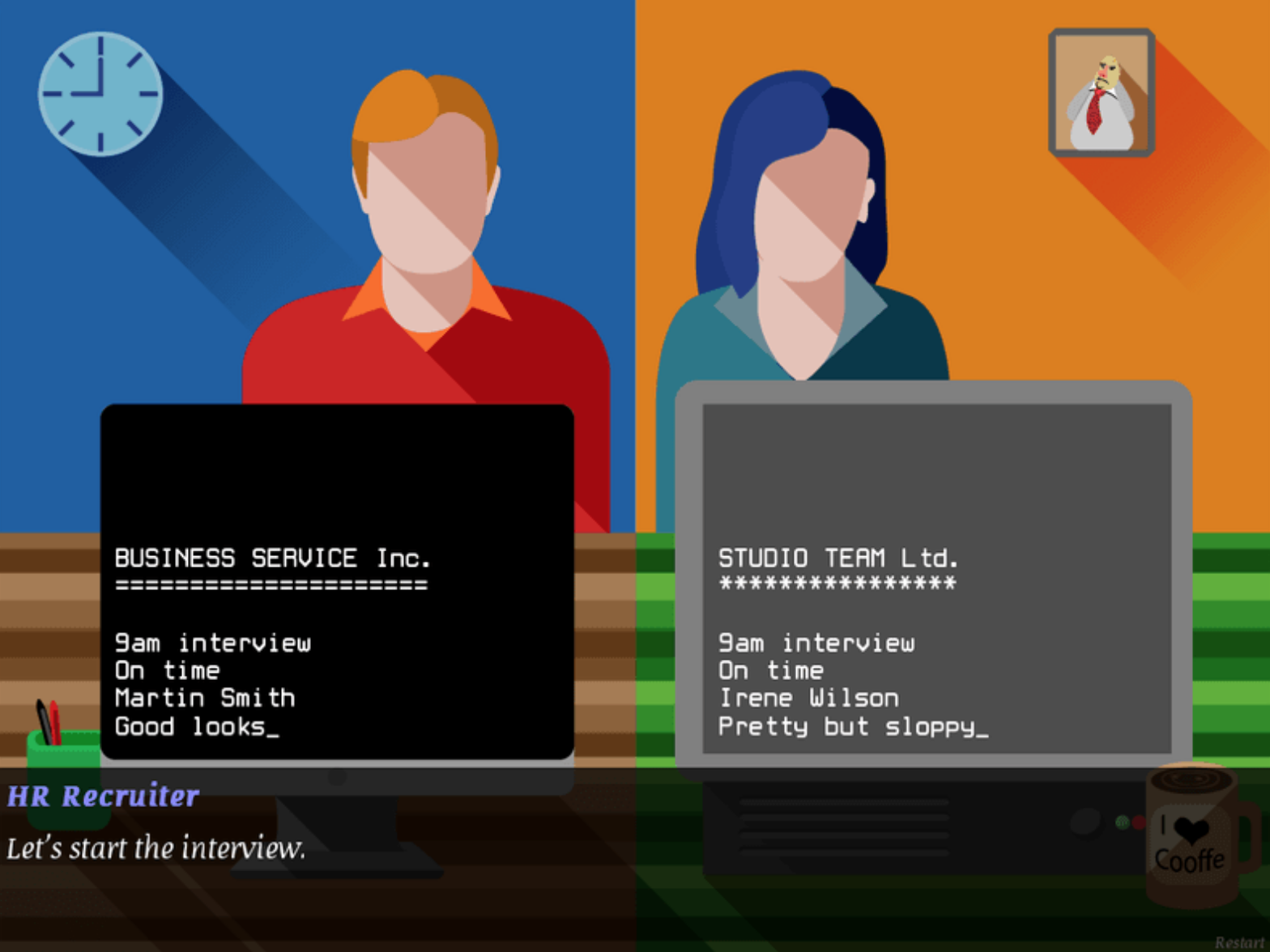 I have a soft spot for simple and elegant political games. Two interviewees is a commentary on gender discrimination on the workplace developed in one day by Mauro Vanetti (who is also an anti-slot machine activist).
A male and female candidate are getting interviewed for a job, the screen is split, the questions are the same. The player picks the answer for both characters.
From our vantage point we can see the notes taken by the interviewer which reveal an implicit bias. A confident, resolute answer will make a good impression coming from the male character but it will be perceived as threatening or arrogant from the female counterpart.
The scenario is quite similar to the many field studies on gender and race bias consisting in sending out identical resumes from fictional identities with male, female, white or typically African-American names. Studies that confirm, over and over, that prejudices and more or less implicit discrimination is still widespread.

The Game: The Game 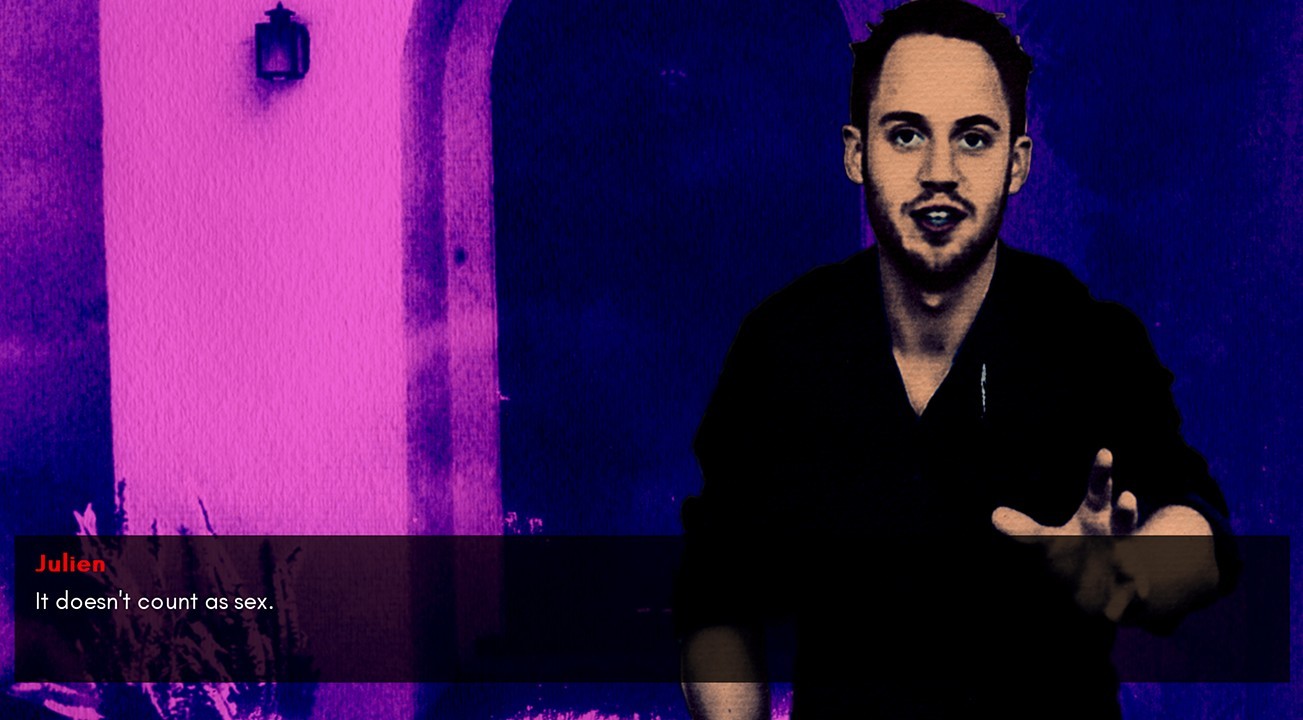 Dating sims, with their creepy heteronormative tropes have been ripe for parody and subversion for quite a while; the flamboyant Wrestling With Emotions and the porno terrorist Viral by artist-rapper Fellatia Geisha are two notable examples. But nothing gets close to The Game: The Game in terms of conceptual rigor and execution.
The creator, my friend and colleague Angela Washko, spent years researching the world of pick-up artists and its intersection with the “manosphere” (i.e. outspoken right wing misogynists on the Internet), an effort that included a long interview with the infamous Roosh V in an attempt of “radical empathy”.
The Game: the Game distills an in-depth research on seduction methods devised by pick-up artists in the form of a dating sim. The format is a perfect match since many of these techniques are basically conversational algorithms. Instead of playing the part of the seducer, you are put in the shoes of a target of an actually existing pick-up artist and subjected to his perplexing, pathetic, very rarely clever techniques. Every dialogue is based on actual primary sources and presented without exaggeration or ideological filters. An eerie original soundtrack by Xiu Xiu contributes to the utterly uncomfortable but engrossing experience. The project currently exists only as gallery installation but it will be released for digital download once completed. 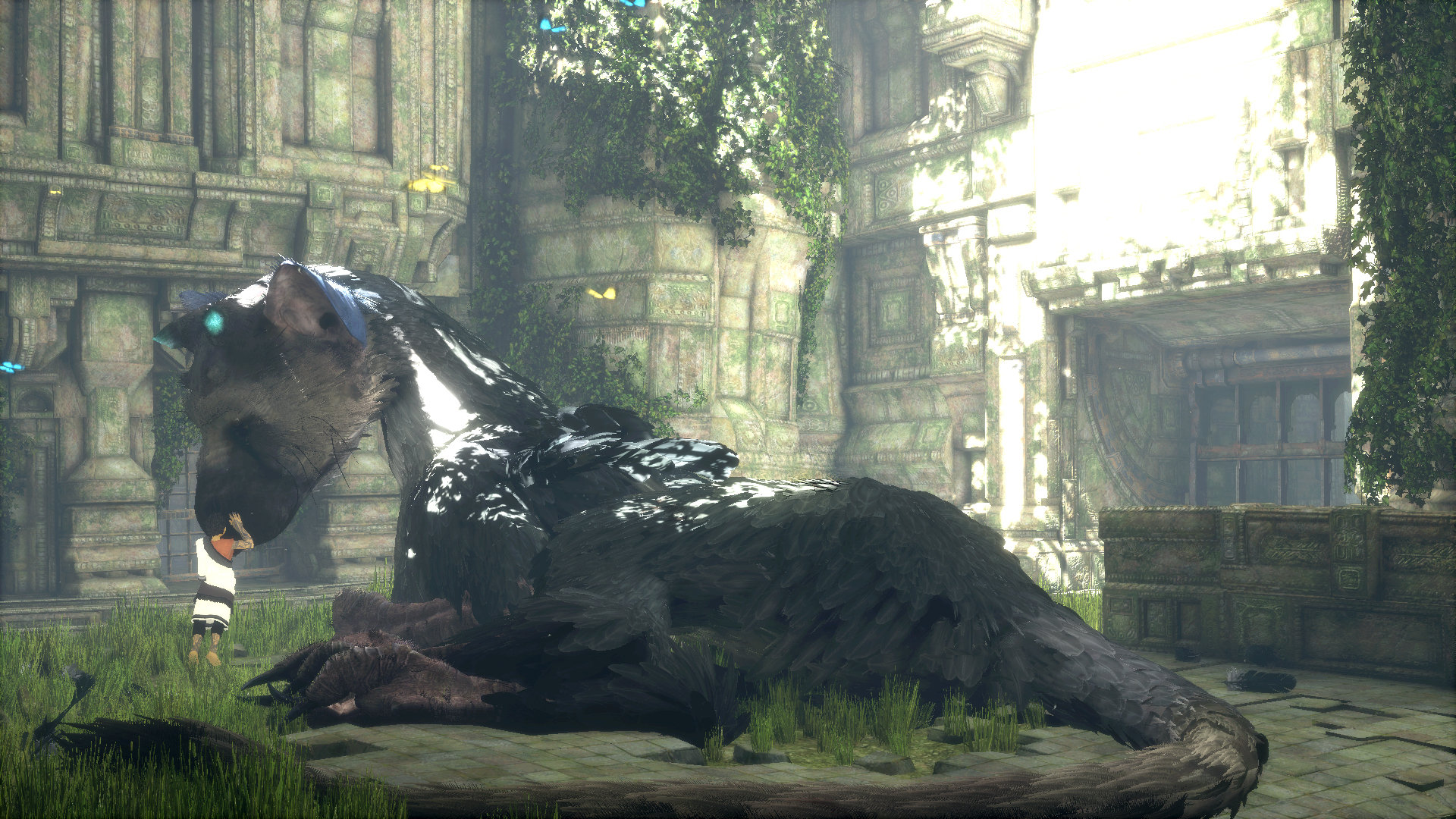 I’ve been pointing at how animal companionship in videogames tends to be informed by an utilitarian and reductionist logic: Pokemon are both weapons and collectibles, existing in a fictional world designed to naturalize this instrumental relationship, Neko Atsume is an addicting conditioning device dispensing immaterial cuteness for your time and money; virtual pets are nothing but a few lightly dressed variables banking on our tendency to attribute feelings and thought to artificial entities, the Tamagochi effect.
The Last Guardian is an epic tale of domestication and healing that manages to transcend this instrumental relationship. Gameplay-wise it’s an action/adventure with simple puzzles that can be solved by indirectly manipulating a griffin-like creature named Trico. However, there is no way to see the companion as just a way to reach a platform or as a formal constraint, like the helpless girl in Ico, the game’s direct predecessor. Trico’s behavior and characterization is vivid and subtle, it develops over time, and yet stays unmistakably “other”. Trico resists direct control, misunderstands you and then surprises you by autonomously navigating the impossible architecture. It’s often a frustrating experience, but frustration is an integral part of the aesthetics of the game. 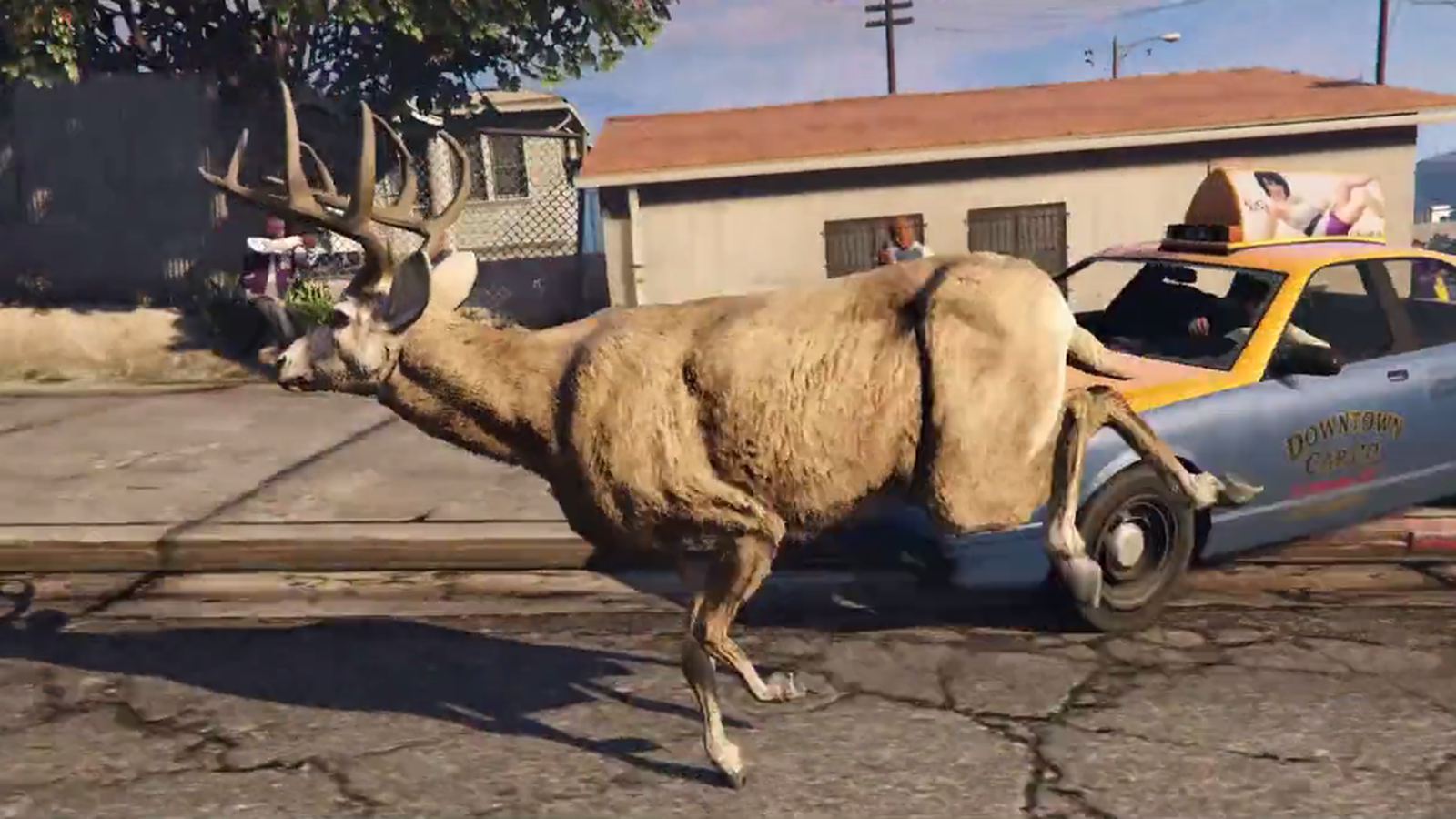 Art that transforms commercial games through modding or subversive play has been around for more than 20 years. Today, with the explosion of game spectatorship (live streaming, let’s plays, absurdist stunts), it might loop back to the realm of internet folklore and find a mass audience. San Andreas Deer Cam is a mod of Grand Theft Auto V that followed a computer controlled-deer in real time. The deer exhibited a deer like behavior and showed us the familiar simulacrum of Los Angeles with completely different eyes, traversing the built environment in oblique ways, naively crossing highways, taking us to places and vistas we would have never thought to explore. The live stream gained a big following on Twitch. Day and night, online spectators commented and interpreted the inscrutable motivations of the deer, creating their own micro-memes and inside jokes.
The city was still functioning like a gangsta rap paradise and the deer retained some of the properties of the human avatar. For example, crossing the boundaries of an airport unleashed an unreasonable response from the militarized police, wrecking havoc throughout the city. Hilarious and mesmerizing to watch, it gave the trite GTA franchise a new reason to exist.

Some excellent indie games from this year that didn’t fit my peculiar narrative: To Build a Better Ballot, Liyla & the Shadows of War, Mu Cartographer, I love Fur, Thumper, Really Bad Chess, Spaceplan, Push me pull you (already among my games of the years back in 2014), Reigns, Triennale Game Collection, Kentucky Route Zero act IV.