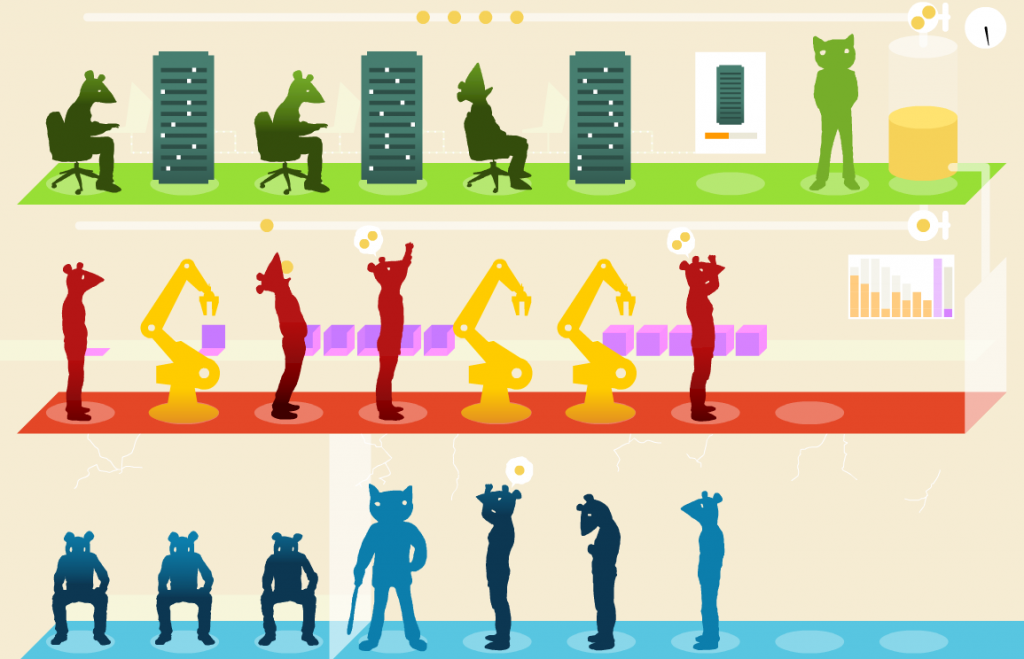 To Build a Better Mousetrap, a long-awaited management game about innovation and labor, is finally out!
The game premiered last December at FACT gallery in Liverpool along with the article/talk Videogames and the spirit of capitalism.

I tried to describe To Build a Better Mousetrap as “Richard Scarry meets Karl Marx” or “Information visualization without information” but it’s really a development of the idea of “playable theory” I explored before with the Free Culture Game or Leaky World: using games and simulations as cognitive maps, as objects to think about systems and about broad social dynamics in abstract. This time however, I tried to avoid text and labeling in favor of transparent flows of resources and iconic elements.

The result is somewhat cryptic, dry, and against the current trend of narrative indie games, but some players may recognize a cast of classic characters: the Surplus Value, the Reserve army of labor, the Fordist class compromise, the alienation resulting from division of labor, and one of today’s hottest capitalist contradictions: the decline of employment as result of labor saving technologies.

To build a better mousetrap can end in bankruptcy, retirement, and insurrection/post-scarcity socialism.
Can you save capitalism from itself?