2014 has been another great year for indie games, with the long awaited releases of Nidhogg and Broken Age (part 1); the genre-defining Threes (and its unfortunate clones); the outrageously polished Monument Valley and Hohokum; the new chapter of Kentucky Route Zero. What follows is a list of my personal favorites, among the ones I managed to play, in random order, with special attention to social commentary and more overlooked titles: 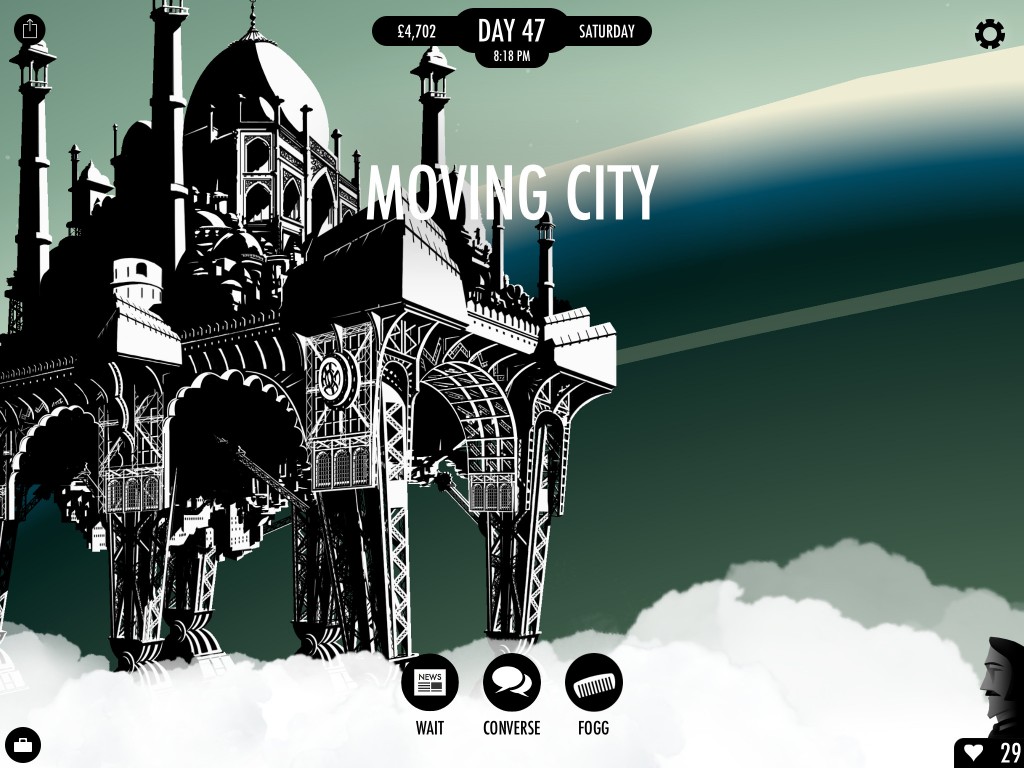 80 days is a resource management/choose-your-own-adventure game set in an alternate Victorian-era world. Honestly, a text-heavy steampunk adventure based on Verne didn’t initially sound like my thing, but this work is so wonderfully written and tightly designed that I couldn’t stop playing. The universe is vivid and broad, it makes you want to abandon the wager and get lost in some distant city.
Few games dared to reimagine the past through a progressive, anti-colonialist lens: 80 Days managed to defuse and subvert the orientalist, Euro-centric bias of certain travel literature. This is not only an big accomplishment in gaming, but also a great example for all fantasy fiction.

The Dutch studio Game Oven continues to explore “open” gameplays that activate bodies and minds in unique ways. Bounden, created in collaboration with the Dutch National Ballet, is a playable choreography for two people and one phone – arguably the most original use of a smartphone’s gyroscope+accelerometers. An elegant alternative to the glorified skinner boxes we refer as rhythm games. 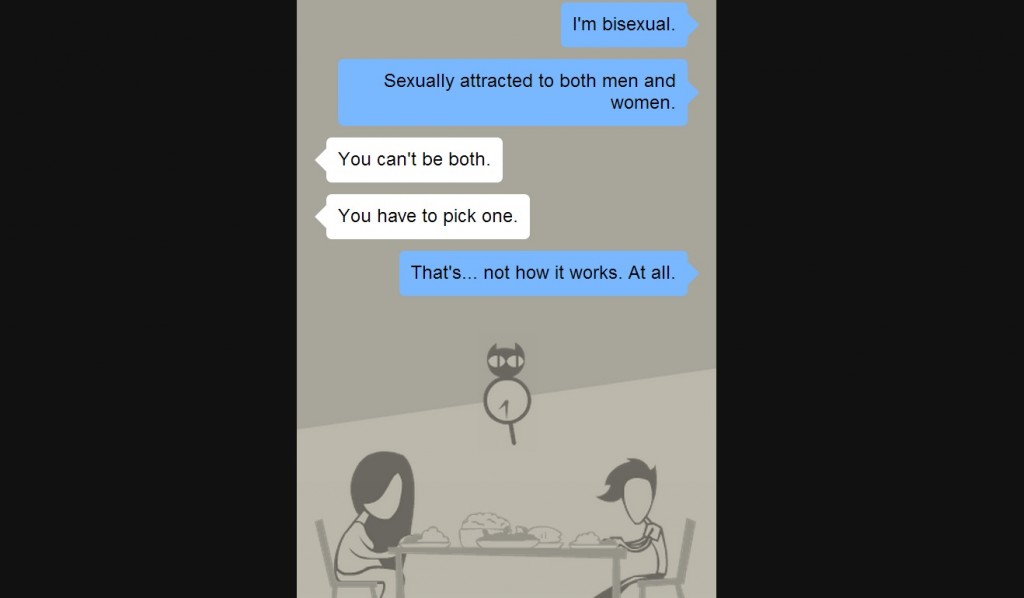 Somebody had to make a game about this topic and I’m glad it was Nicky Case. Coming Out Simulator is both autobiographical and speculative, letting the player explore all the likely outcomes of a very tough conversation. The year in the title, mocking the naming convention of “actual” simulators, may turn out to be clever touch, putting the piece in a historical context with rapidly shifting stances on sexuality. Will coming out simulators be completely different in 2024?
Also check Nicky’s The Parable of Polygons a fresh and timely remake of Thomas Schelling’s Segregation model from the ’70s. 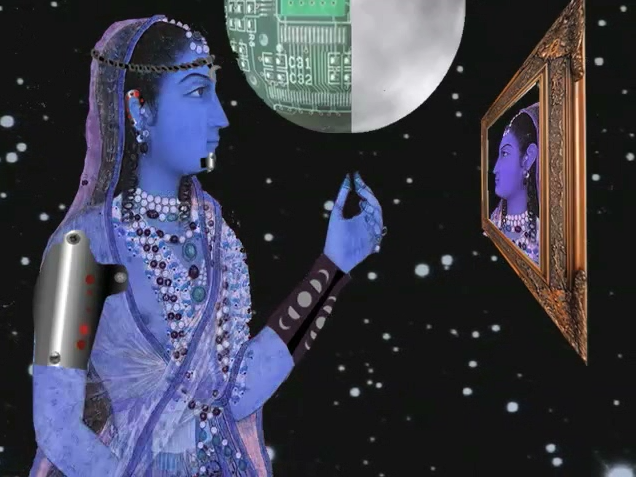 Cyborg Goddess or “A cost-benefit analysis of two archetypes available for women” is a playful riff on the conclusion of the influential text A Cyborg Manifesto. While Donna Haraway preferred the figure of the cyborg (capable of defying the human-machine binary) to the essentialist archetype of the goddess (embraced by feminists but unfit for the challenges of a rising digital technocracy), Kara Stone and Kayte McKnight seem to propose an even more badass synthesis of the two. 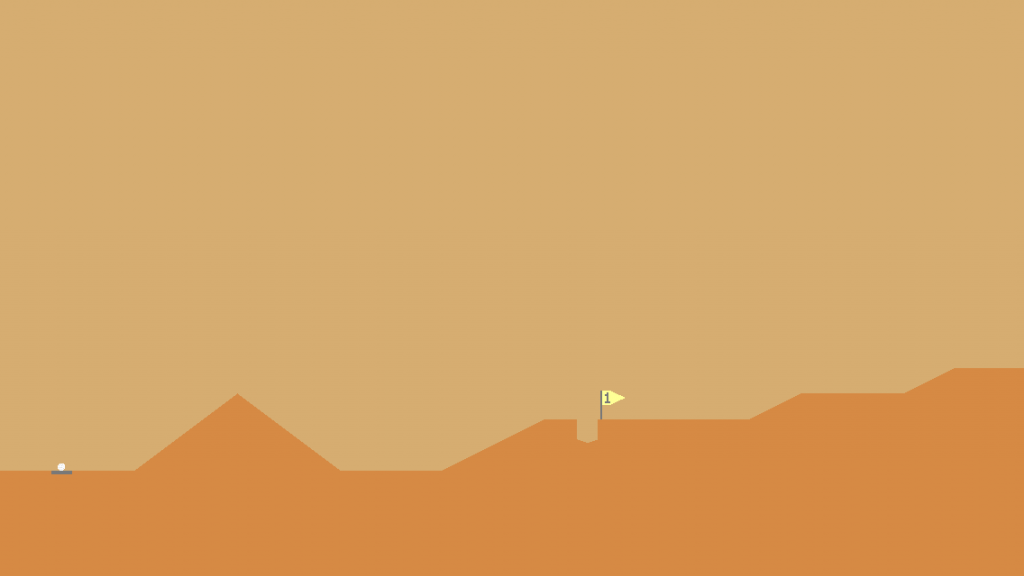 It’s easy to dismiss Desert Golfing as a tedious anti-game or a hipster parody of Angry Birds. But Justin Smith’s minimalist masterpiece can be much more, as long as you have the discipline and zen-like patience to endure the first few hundreds holes. After a sufficiently long exposure, your mind becomes a physics engine emulator and the game feels more like a stand-up comedy routine made of angular ridges, impossible mountains and malevolently placed pits. Sure, you are often the butt of the jokes, but the designer (or whatever hybrid man-machine created and ordered the levels) is also capable of making you feel good, proud, confident.
More a practice than a game, Desert Golfing is what Journey tried so hard to be. 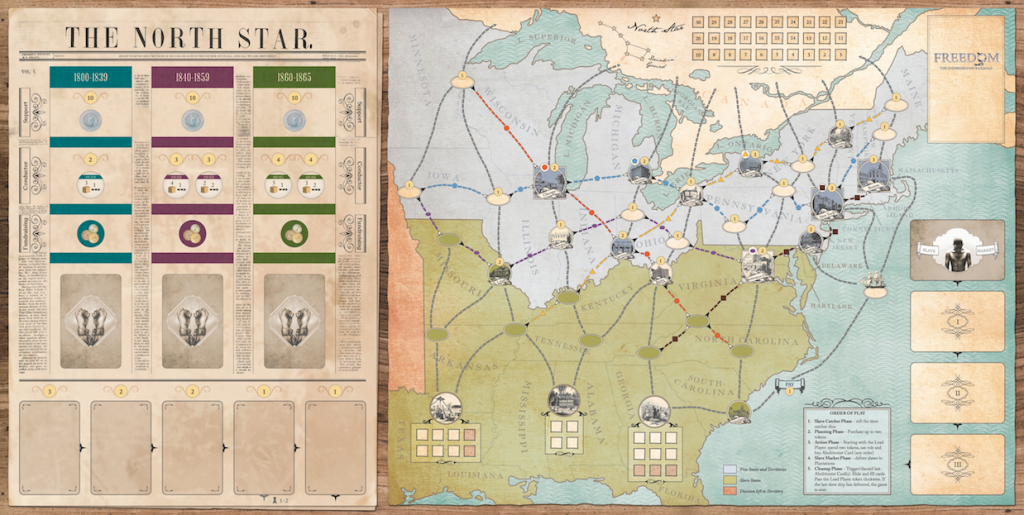 Kickstarted in 2013 but widely distributed in 2014, Freedom: The Underground Railroad is a co-operative game where the abolitionist forces (the players) try to liberate as many slaves they can from the Southern plantations (through the network of activists and safe houses known as the Underground Railroad) while trying to build support for the abolition of slavery.
The network structure of the board and the long-term vs short-term goal negotiation is reminiscent of Pandemic but the higher degree of complexity makes collaboration truly necessary, attenuating the problem of leading players who tend to micromanage less expert ones. A strong integration between mechanics and theme, plus a rigorous treatment of the subject matter make Freedom simply the best educational board game out there.

How Do You Do It?

A Delightful autobiographical vignette. The designer Nina Freeman based How do you do it? “on memories I have of trying to understand sex as a child… hiding under my bed or in little makeshift forts… I really do want people to know that, despite the humor, we were trying to show something real. Never gonna stop using games to remind people that young girls are not just an advertising demographic – they have real feelings & real lives”.

I hate most standard deck card games and above everything I hate solitaires. And yet, Pair Solitaire, with his one simple rule, is so compelling that makes you wonder how it is possible that in centuries of card game design, nobody appears to have discovered such an elegant gameplay. Highly addictive, it will make you appreciate the sublime beauty of numbers and sets. 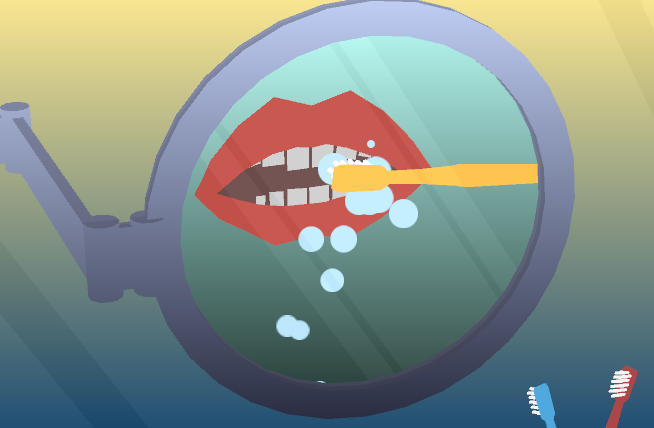 For some reasons, playable music videos are still rare. Negotiating the inherent linearity of a song with the interactive aspect is a serious design challenge. Ben Esposito shows us the way with Pale Machine, a collection of surreal, uncanny scenes rendered in a charming low-poly style.

With Those We Love Alive 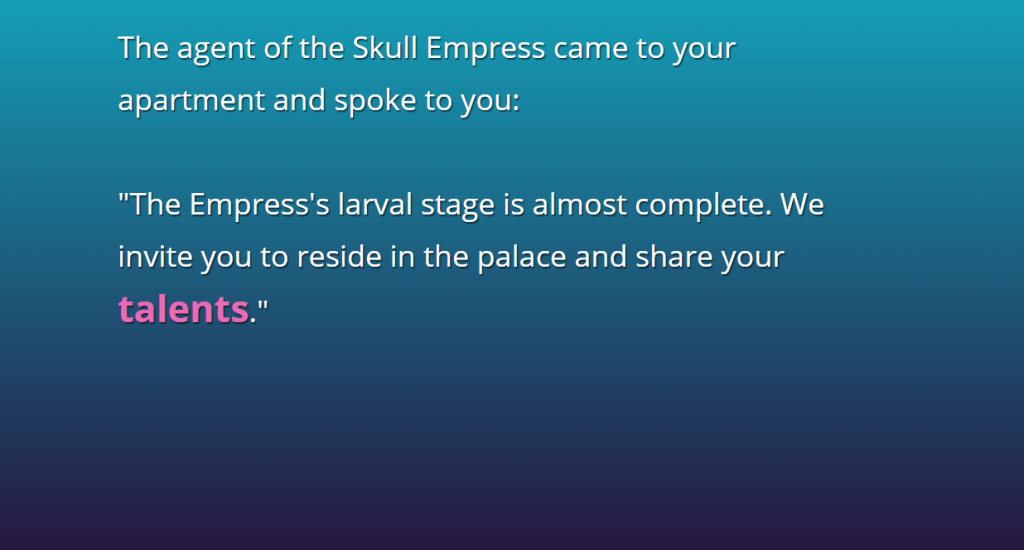 With Those We Love Alive is Porpentine’s most ambitious and mature twine game to date: a sprawling weird fiction universe presented with lysergic and yet restrained writing; a queer fable of isolation and abuse; a commentary on the relationship between art and power; an experience that is likely to stay in your head and on you skin long after you close the browser.

Push Me Pull You 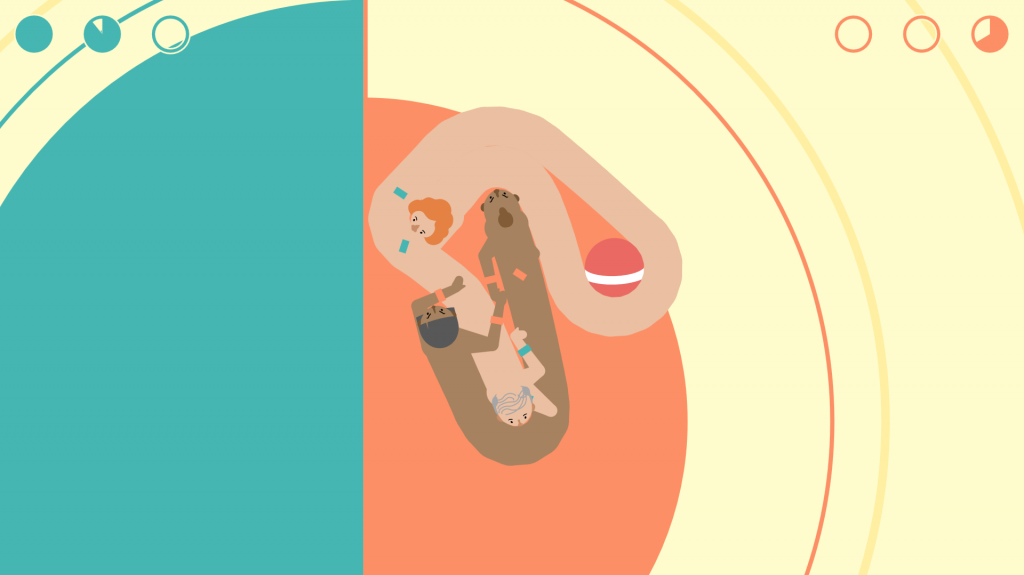 It’s both a shame and a blessing that Push Me Pull You is currently only playable at festivals. This two vs two noby-noby-sumo is an amazing spectator sport and it’s probably best played in short sessions, like a game from the good old arcade era. Competitive eSport-type of games tend to rely on either complex, maximalist gameplays or on super-tight control systems. Instead, Push Me Pull You is extremely simple, messy and flaccid, but allows for complex tactical manoeuvrings and demands a high level of coordination between the butt-faces. And hey, if you can’t make it at any game event showcasing PMPY maybe you can organize your own.