Last summer I was invited to participate to the Gwangju Design Biennale in Korea. Apparently it’s a big deal for designers down there, with over 5,000 daily visitors from all over the world. The art/design section was co-curated by Chinese bad-ass artist Ai Wei Wei, who didn’t actually have the chance to curate that much since he was arrested that year.
Anyway, the sponsors were mostly hi-tech and phone companies so I thought it was the perfect event for the unveiling of Phone Story.

The problem was that I had to fill quite a lot of space with a tiny mobile game so I asked them to build a sort of fake Apple Store, with minimal design and blinding lights. It turned out pretty well. 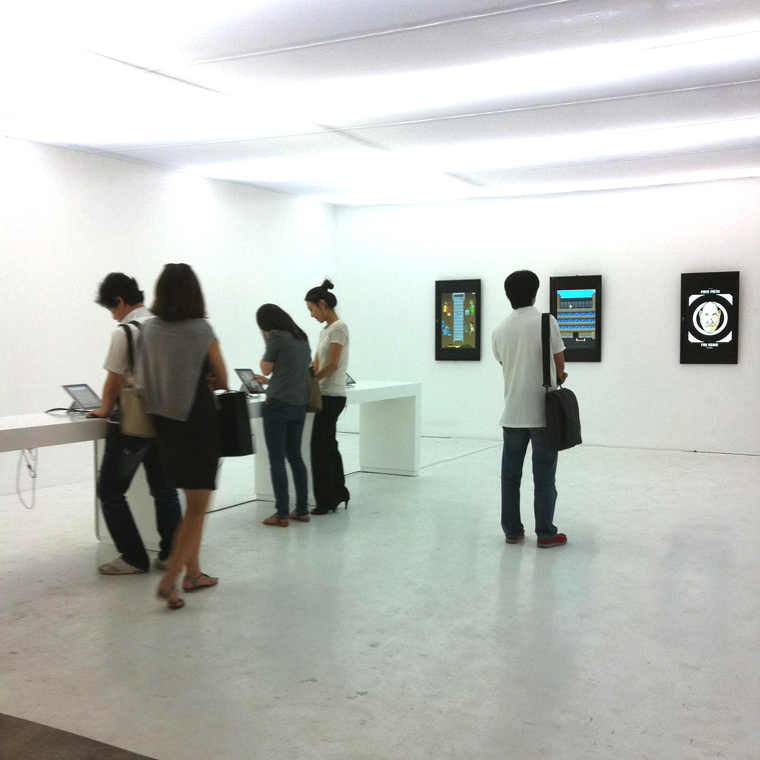 Note: the first version of Phone Story featured Steve Jobs’ disembodied head talking (in Korean) over an hypnotic spiral. Then, as you may have heard, the real Jobs died and I decided to use a more generic narrator (representing the phone itself) making the whole thing less Apple-centric.