Ten years ago, in December 2003, I launched this website along with three small games: Tamatipico, originally released in Spring 2003, Tuboflex and the Orgasm Simulator. Molleindustria was meant to be a short-term tactical project in line with the alternative media experiments happening in Italy at the same time (pirate TV street and Indymedia above all), I certainly didn’t think it would have been such a big part of my life a decade after.
To celebrate the anniversary I decided to republish the project’s press release and the manifesto from the same year, which has never been translated in English.
Naive and tortuous prose aside, it’s nice to see how certain propositions are now… closer to common sense, while the scenario of grassroots activists embracing games as tactical media didn’t quite materialized as I hoped, in part compensated by the increasingly more common work of independent game developers incorporating social commentary in their games.

What?
Molleindustria is theory and practice of soft conflict – sneaky, viral, guerrillero, subliminal conflict – through and within videogames.

Where?
Molleindustria was born in the soft core of Capital’s processes of valorization. She is daughter of cognitive labor, of shared information, of entertainment that becomes politics and vice versa.

How?
Molleindustria advocates for the independence of games from the market’s domain and its radical transformation in media objects able to criticize the status quo.

How???
Understanding and subverting the deepest videogame mechanics without resorting to dull antagonistic translations or artsy self-referential divertissement.

Soft?
Soft as the gray matter, a battleground contended by services and commodities; soft as the matter that swallows and produces: software.

A MASS PHENOMENON
Shortly after the extinction of dinosaurs, waves of monochrome trails began to appear across the first computer monitors. Asteroids, spaceships, alien invaders. Few large pixels and a lot of imagination. In front of these screens and behind thick glasses, nestled the flaccid maladjusted geeks that would soon lead the computer revolution.
Today, video games are still seen by many as dry masturbation for male teens, but trends suggest otherwise. The phallus-joystick is gradually disappearing and the game industry’s revenue worldwide has now surpassed that of the movie industry. Gamers have less and less acne, not due to the beneficial effects of monitors’ radiation, but due to their increasing age which currently averages at 29. Kids from 7 to 16 old play on average 7.6 hours a week, not too far from the 6.5 hours a week of the entire gaming population. Of course this data is provided by the Entertainment Software Association who strives to make a case for a “maturation” the medium, but it still give us an idea of the entity of this phenomenon. Moreover, we are witnessing more and more frequent incursions of game culture in the fields of literature, cinema, art and traditional media. We can no longer consider the medium of video games as a marginal component in the production of our collective imagination. 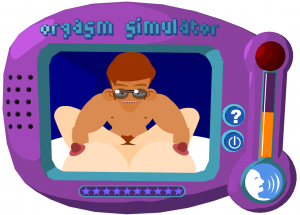 THE POWER AT PLAY
When our ancestors crossed eyes to focus on Sensible Soccer’s tiny, frantic sprites, video games were still a handmade product made ​​by small independent teams. With few resources and rudimentary technology, software houses competed mainly in terms of playability and innovation. Now, we look at the latest FIFA running on a Playstation and mistake it for an actual televised game. In a perverse race to high fidelity and “realism”, games became increasingly bloated and started to require continuous updates to be enjoyed. The hardware and software industries feed off each other in the same way movies full of over the top special effects justify are justified by purchase of home theater systems and tickets at state-of-the-art multiplexes.
What changed? A growing market attracted growing capitals. Around the mid-nineties multinational entertainment corporations consolidated, engulfing small companies. Video games established synergies with other cultural industries: actual soccer teams are now sponsored by a console whose killer apps are soccer simulations, the virtual icon Lara Croft dances with U2 in a music video promoting the soundtrack of a film based on the Eidos game, and it’s hard to understand who is publicizing what.
Meanwhile, war-themed movies increasingly resemble war-themed games, which in turn get increasingly similar to military simulations – we should not be surprised given the frequent collaborations between the Pentagon and the game and movie industries. Ultimately, we believe that in order to articulate a critique of the dizzying power of infotainment, we must put games and other media on the same level. 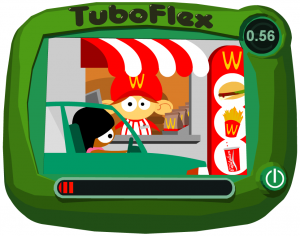 REAPPROPRIATION
After comics, rock ‘n roll and television, video games became the universal scapegoats for violence and escapism. Perceptions are shifting: there is a chance that the senators who crusaded against Mortal Kombat in 1993 are at this very moment playing GTA with their nephews, but the folks seeing video games as weapons of mass distraction are still numerous.
This is belief based on a rigid dichotomy between reality and simulation. That people’s behavior in “real life” is influenced by mediated experiences is out of question. The problem is not the temporary escape from reality as such, but rather the kind of ideas, notions, and narratives that individuals learn or reinforce in these virtual environments and bring back to society (and, by the way, we should not place too much confidence in these enlightened cultural commentator convinced of being surrounded by alienated masses).
Instead we can focus on the emancipatory potential of play, and the very real conflicts that cut across the cycle of production and consumption of video games. We’d rather see video games as vehicles of ideologies and narratives that are radically “other” than those belonging to the ruling class. We’d rather embrace the slogan that echoed from the networks to the streets since the WTO counter-summit in Seattle: “Don’t hate the media, become the media” a true quantum leap from both conservative cultural criticism and the naive liberal dream of fair and inclusive mass media. 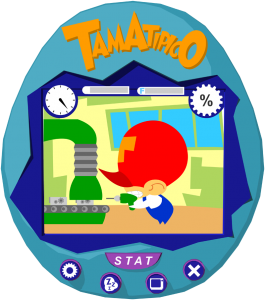 VIDEO GAMERS OR VIDEO GAMED?
Let’s look for a baby in this ocean of bath water. Game are interactive media commanding an active fruition. The act of playing a video game mainly consists in the deciphering its gameplay: disassembling the system of rule, revealing the underlying mechanisms. If in order to beat a final boss I have to hit it three times on the head, then much of the difficulty lies in discovering by trial and error what the programmer *wants* me to do. This is the opposite of what happens in advertising – commercials seem to be more effective when they are not transparent – or in films which may fail by revealing their inherent deception – by breaking the suspension of disbelief. In a sense, every time we play we accept to be “played” by rules and mechanics established by another person. If we don’t fall into the trap of viewing simulations as objective and neutral reproductions of the real world, between designer and player there can be a transparent relationship. Being video gamed should not scare us. The designer’s authority and biases are methodically stripped down and dismantled by the act of playing and by the exploration of the system’s limits and constraints. The relationship between designer and players is subtly sadomasochistic and extremely confrontational. You get mad at a video game, while when television pisses you off you just change the channel. Television invites us to sink into the couch while video games make us stiffen and lean toward the screen. Their roads are always uphill.

MOLLEINDUSTRIA
Molleindustria doesn’t like video games, for this very reason it creates them. When the Nouvelle Vague critics got sick of bashing the film industry from the pages of the Cahier du Cinema, they began to make their own films, with the limited means at their disposal. That’s what we aim for: channeling the sacrosanct horror for the current mainstream video games toward a constructive and deconstructive process. Foster a debate involving the galaxies of media-activism, software and net art, regular gamers and their fiercest detractors. Create a space in which theoretical and practical critique march hand in hand.
We decided to start from online gaming as a way to bypass mainstream distribution channels and to try to go beyond from self referential underground circles and artsy elites. We don’t aim to compete directly with the giants of the entertainment industry (it would be a losing battle since competition is nowadays exclusively based on marketing firepower and major investments). Given the scarcity of resources, the only way is guerilla warfare: we invest on objects that are small, sharp, and simple like political cartoons; we focus on originality to fuck with a market that has been dominated by copycat titles for years; we want to test practices that can be emulated and spread virally. A game is not necessarily a pile of incomprehensible code. Anyone can make one.