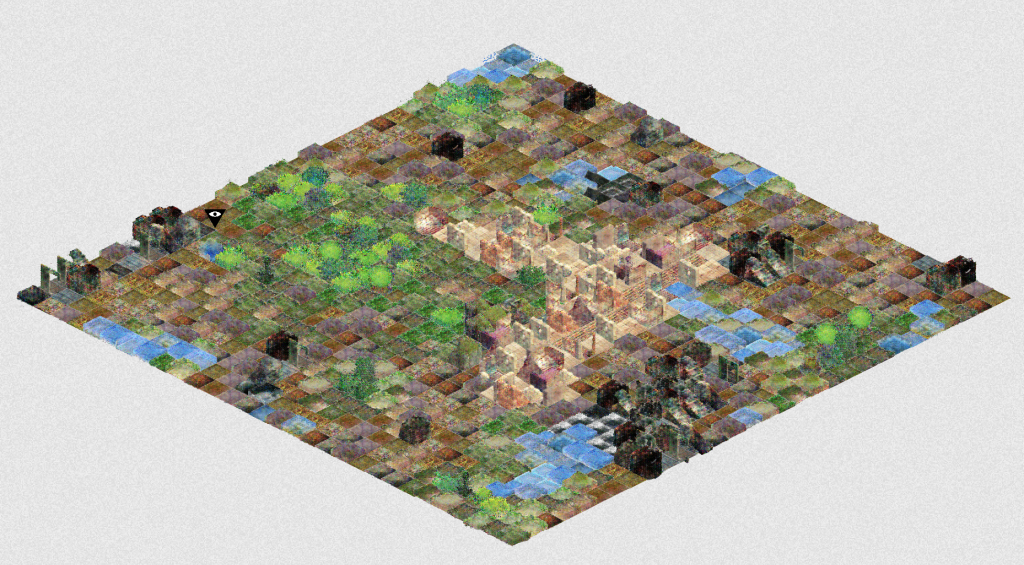 I published a new game earlier this week. It’s called Lichenia and it’s about creating human habitats amidst climate chaos. It involves reshaping the natural and built environment, reclaiming dead cities, and growing sustainable ones. It’s a sandbox game with some tiny secrets to unlock, and a few obscure mechanics to discover. The simulation is infused with dynamic story bits that may help you figure out what’s going on in the little glitchy world. It’s an utopia/dystopia inspired by Octavia Butler’s Parables, and by the notion of Anthropocene.

Lichenia is part of an ongoing series of alternative city building games – the other one so far is Nova Alea. I’ve been presenting this Playable Cities project as a series of magical realist alternatives to SimCity (or better magical Marxist, think Italo Calvino meets David Harvey). SimCity is not only the game that established the genre, but also a recurrent object lesson in topics such as ideology and electronic entertainment, neoliberal urbanism, reductionism in simulations, the ambiguity of interactive text, and so on, and so on.
I spoke at length about the many issues of city games in general, but I keep coming back to the subject precisely because what’s wrong in SimCity – its harrowing omissions, its irresponsible design choices, its unapologetic capitalist realism – is an endless source of inspiration. I could easily spend the rest of my life making semi-broken games that attempt to fix the damage made by Maxis/EA.

More specifically, Lichenia tries to complicate the element of tabula rasa, or blank slate. In all kinds of city and civilization building games, including board games and RTSs, you typically start from scratch, settling on an immaculate wilderness that’s just there for grabs. Such situations are very rare in history. Cities are usually built on top of existing settlements, both human and non-human, which the colonists simply don’t see or value. So in Lichenia you start from a polluted and messy map that you have to remediate. And you can easily add to the mess if the human growth (beige bar) outpaces the natural resources (green bar)

Occasionally you’ll be hit by floods, droughts, and wildfires, an homage to the disasters of the original SimCity. Apparently they were added because the publishers were skeptical of a pure sand box game and requested some kind of challenge. Today disaster preparedness is a crucial component of city planning and should feature more prominently in city games. 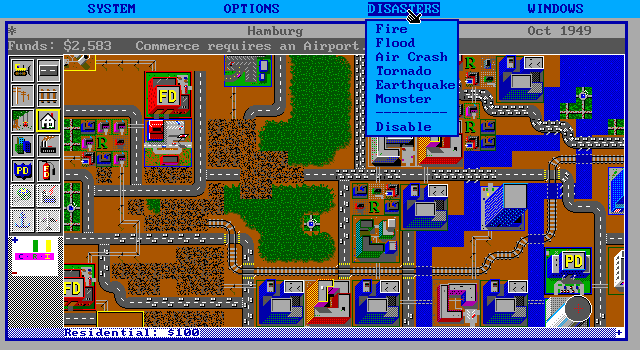 Another starting point for Lichenia was an old quote by SimCity’s original designer Will Wright. He claimed that “the actual process of playing SimCity is really closer to gardening” than to planning or governing a city. It’s about unpacking an ecology by trial and error, understanding a living system.
I’m a big fan of games that intentionally under-explain themselves. Much of the pleasure of playing Starseed Pilgrim, Cultist Simulator, or the Purpose of Water for example, comes from figuring out the rules that govern their systems.
Of course, this is a tremendously risky design philosophy: many players can feel frustrated by the lack of feedback, or feel dumb, or prematurely conclude that there is nothing more to see, and just quit. But I believe it’s a pattern worth experimenting with. It pushes against all the mainstream trends of usability, and requires/creates/prefigures a more critical kind of play. 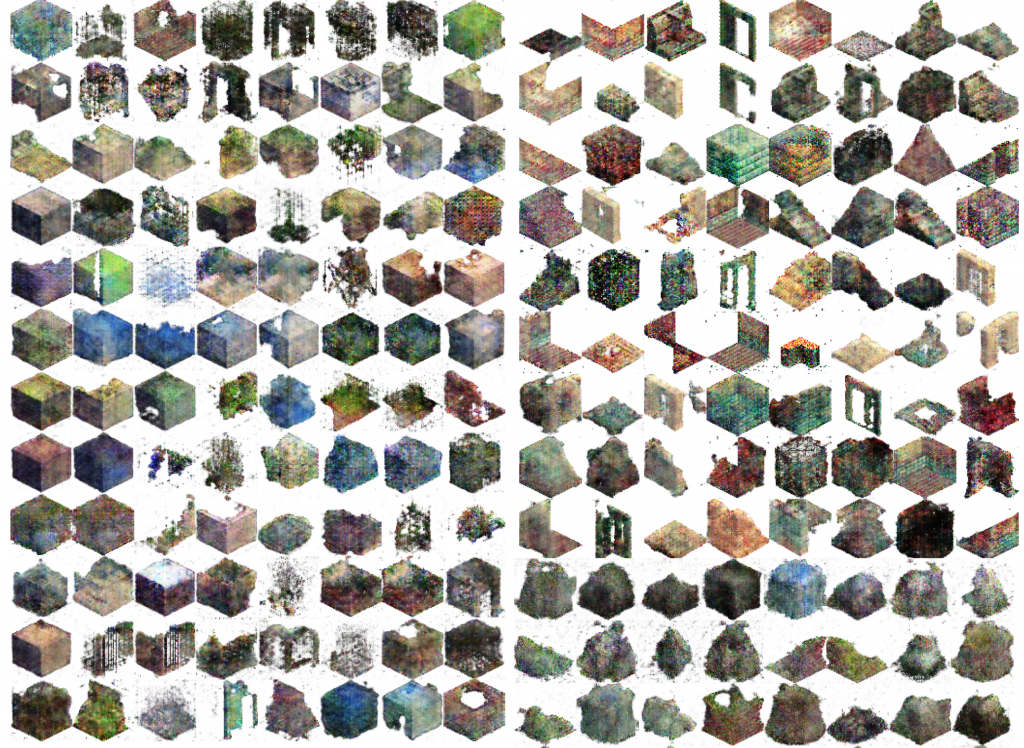 Lichenia’s first prototype was made a couple of years ago, but I abandoned it because I couldn’t figure out an appropriate look and feel. I wanted the player to observe the dynamics and not interpret the visuals in the most immediate and normative way (e.g. a building that looks like a police station stops crimes, a certain type of brick building means low income residential, etc ).
Then, earlier this year my colleague and hero Everest Pipkin released Mushy, a set of tiles generated by a neural network trained on isometric pixel art. These noisy, ambiguous graphics seemed like a perfect match since the game is all about transcending the natural/artificial binary, and squinting hard while trying to recognize patterns.

Lichenia is built with p5.js, a open source library (and a wonderful community) for creative coding. It also uses p5.play, an add-on for making games that I initiated years ago and that’s currently being maintained by some amazing people.

You can play Lichenia on your browser here.