Like in all good conferences, at Indiecade most of the fun happens outside and around the programmed events. The lectures, the exhibitions, and the goofy award ceremonies are only frames for a multitude of fluid interactions around dinner tables, in the waiting lines for beer, during improvised logistical negotiations, after tense game sessions.
That’s the stuff you won’t get from the video recordings and from this very biased and incomplete report.

Women may still be a minority in the independent gaming community but their contributions were among the highlights of Indiecade this year.

The conversation between game critic Mattie Brice and Christine Love (Digital: a love story, Analog: a hate story) examined and problematized the graphic novel genre, possibly for the first time in a non-academic context. It was also the first time I heard the word “feminism” in a game conference.

Anna Anthropy (Dys4ria, the Rise of the videogame zinesters) initiated a discussion around queer & games, moving beyond the well-known issue of the lack of diversity in the industry, and celebrating a newfound interest in self-representation through (text)games in the queer community. Can we talk about a “queering” of videogames like we do in other cultural fields? Can a game be queer in itself (mechanically, structurally), regardless of how its characters are identified?

Artist and game scholar Mary Flanagan presented a brief alternative history of games and computing not centered on military-driven innovation, a nice counterpoint to the opening keynote by Steve Russell (Spacewar!) and John Romero (Doom, Quake), grandfather and father of all shooting games.

Another excellent session celebrating play beyond computing machines was the conversation between Eric Zimmerman and Bernie De Koven, author of the seminal book The Well Played Game and member of the New Games Movement, a group advocating for cooperative, community-building games in the spirit of the 60s countercultures.

Michael and Auriea from Tale of Tales (the Endless Forest, the Path, Fatale) enacted a poetic, intimate performative preview of Bientôt l’été, their forthcoming [not]game. It’s a sci-fi nouvelle vague-ish romance simulator that may or may not involve walking on a desert beach, seducing your opponent in a chess game, and channelling French author Marguerite Duras.

Game art pioneer Eddo Stern showed some documentation of his rock show / participative performance / fantasy game “Wizard Takes all”. It’s a long hysterical crowd game where spectators fight against the artist himself using all sort of camera-based interactions. Something that needs to happen live next year.

An outdoor crowd game was actually presented at Indiecade during the Nightgames session. Renga involves 100+ players equipped with laser pointers collaborating in various phases of a space adventure. Contrary to many games of this kind, Renga builds up slowly and includes several strategic elements such as building a spaceship and managing limited resources. Despite the somewhat unimpressive visual presentation it managed to capture the attention of several hundreds of spectators until the final epic battle.

Among the many games in the selection I found a few I didn’t know about or I haven’t had the chance to play yet:

Splice, an extremely elegant microbiological puzzle by the makers of Auditorium. 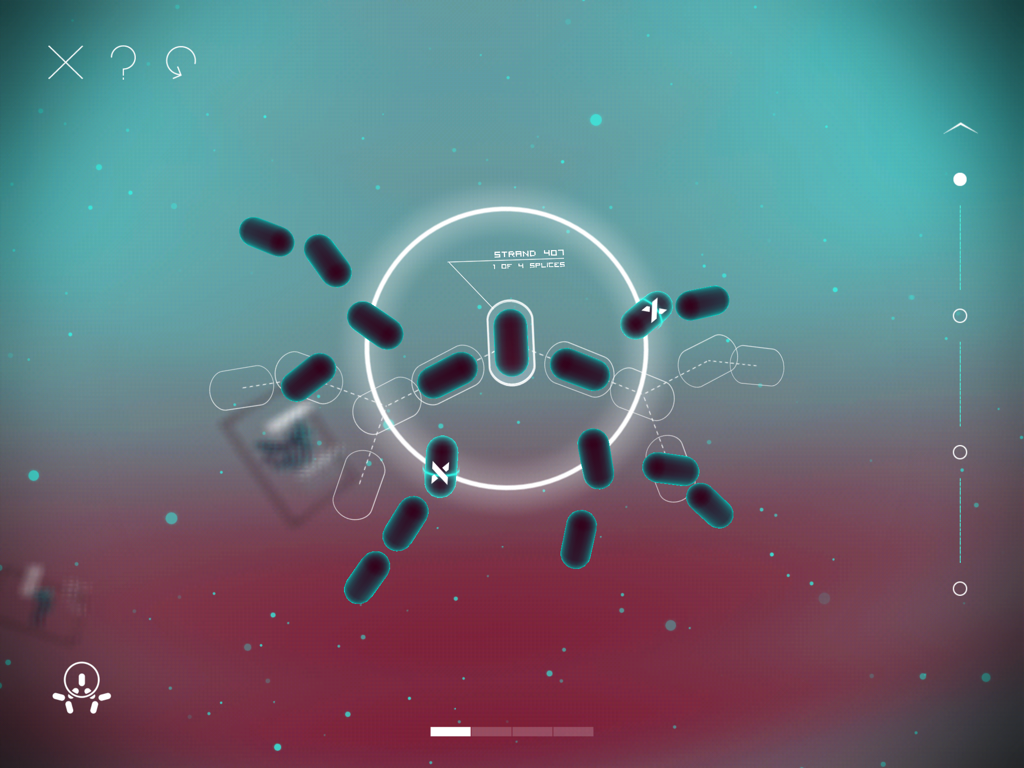 Kachina is a work in progress by rising star Benjamin Esposito who describes it as a crossover between Windosill and Katamari Damacy. It’s already a gem of low-poly awesomeness and it definitely embody Keita Takahashi’s anarcho-kawaii attitude.
Yes, you play as the hole.

Metagalactic Boners at the Edge of Time, a selection of DIY games curated by Anna Anthropy, contained some wacky & adorable short games and an impromptu exhibition of hand-drawn penises. While I Love You But You Kiss Like a Girl may have been the most ambitious title there, the real surprise for me was Triple Threat a 1 versus 1 arena shooter where each player controls 3 slowly moving tanks simultaneously. To make things even more complicated the tanks can be modded and the environment constantly changes introducing obstacles and conquerable autonomous turrets. Quite a novel and mind boggling playing experience. 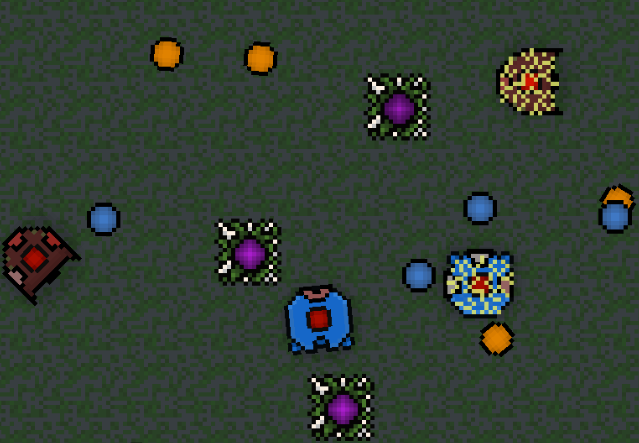 Also, I gave a quick talk titled “Toward Independence” which I’m going to post on this blog soon. Stay tuned…